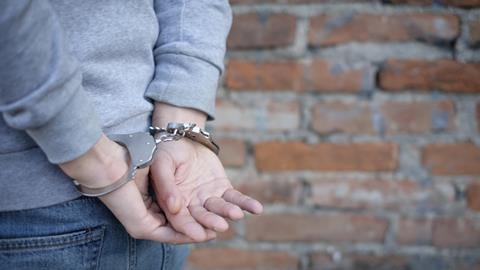 The applicants, who had all been arrested pursuant to European Arrest Warrants (EAWs) before 31 December 2020, failed in their applications for writs of habeas corpus. Their applications had been made on a single common ground: that, since 11 pm on 31 December 2020, the end of the transition period defined by the Agreement on the withdrawal of the United Kingdom from the EU and Euratom, there was no longer any legal basis in international law for their surrender; and that in consequence there was no basis in domestic law for continued detention or for the maintenance of bail conditions. In dismissing their applications, the Administrative Court held, among other things, that the argument in support of the applications was misconceived: as a matter of constitutional principle, the correct starting point for the legal analysis was the Act of Parliament which governed extradition, namely the Extradition Act 2003 and the domestic law which modified it, not Framework Decision 2002/584 JHA or any other piece of EU law, nor any unincorporated international agreement.

*Polakowski and others v Westminster Magistrates’ Court and others

The proceedings concerned five applications for writs of habeas corpus. The five applicants (P, S, O, M and Z, respectively) had all been arrested pursuant to European Arrest Warrants (EAWs) before 31 December 2020. Two of them were detained; the other three were on conditional bail. The applications were made on a single common ground: that, since 11 pm on 31 December 2020, the end of the transition period defined by the Agreement on the withdrawal of the United Kingdom from the EU and Euratom (the Withdrawal Agreement), there was no longer any legal basis in international law for their surrender; and that in consequence there was no basis in domestic law for continued detention or for the maintenance of bail conditions.

The cases had been selected to illustrate three categories: first, those in which an EAW had been issued and certified and the subject arrested but no extradition order had been made (P, S and O). Second, those where extradition had been ordered and an appeal was pending (M). Third, those where the extradition appeal was concluded but there was an application to re-open it (Z). The argument advanced applied equally to each of those categories of case.

Whether the applicants’ argument was arguable.

The applicants accepted that, in each of the cases, the EAW, taken with the district judge’s order, provided a proper legal basis for the detention of the applicant or the grant of conditional bail until 11 pm on 31 December 2020. That legal basis being Framework Decision 2002/584 JHA (the Framework Decision), which applied to all member states including the UK as part of the corpus of EU law and provided for the issue of EAWs by a judicial authority in the requesting member state to the sending member state and for the surrender of persons by the latter to the former. From 11 pm on 31 January 2020, however, the UK ceased to be an EU member state; and EU law was no longer an independent source of obligations on the UK. The UK’s rights and obligations vis-à-vis the EU were exhaustively defined by the Withdrawal Agreement, which entered into force at that time. The applicants argued that, from that point onwards, the legal basis for detention or conditional bail fell away.

Applications for habeas corpus, unlike claims for judicial review, could be brought without the permission of the court. They took priority over other court business. Different provisions as to appeal applied. Those procedural differences made it important that professional representatives considered carefully whether their cases fell into the limited category in which an application for habeas corpus was appropriate. For the reasons given, the present cases did not. In the exceptional circumstances, it would be directed that the applications should all continue as applications for permission to apply for judicial review (see [11] of the judgment).

The applicants’ argument was misconceived for five reasons. First, as a matter of constitutional principle, the correct starting point for the legal analysis was the Act of Parliament which governed extradition, namely the Extradition Act 2003 (EA 2003) and the domestic law which modified it, not the Framework Decision or any other piece of EU law, nor any unincorporated international agreement. Only exceptionally, in cases where the domestic law was unclear or failed properly to implement the underlying EU instrument, was it necessary to look to the latter (see [15], [16] of the judgment).

Second, there was no dispute that the applicants had all been properly arrested pursuant to ‘Part 1 warrants’ under EA 2003. Nor was there any dispute that the decisions to remand two of them in custody and impose bail conditions on the others had all been properly made under EA 2003. The first place to look when deciding what was to happen next was EA 2003. There was nothing in EA 2003, or any other provision of domestic law, which suggested that the applicants should all be discharged unless surrendered prior to 11 pm on 31 December 2020. Nor was there anything to suggest that the powers conferred by EA 2003 depended on the continued applicability to the UK of any EU law instrument or international agreement (see [19] of the judgment).

Third, the central plank of the applicants’ argument that the Framework Decision could not apply to or in the UK after 11 pm on 31 December 2020, was wrong. Article 7(1) of the Withdrawal Agreement, so far as material, provided that: ‘For the purposes of this Agreement, all references to Member States and competent authorities of Member States in provisions of Union law made applicable by this Agreement shall be understood as including the United Kingdom and its competent authorities except as regards: (a)… (c)…’. It was common ground that none of the exceptions in (a) to (c) applied. Article 7, unlike the provision to similar effect in art 127(6), was not time-limited by reference to the transition period. It was open-ended and applied to all ‘provisions of Union law made applicable by this Agreement’. That included the Framework Decision, which art 62(1)(b) of the Withdrawal Agreement made applicable in any case ‘where the requested person was arrested before the end of the transition period for the purposes of the execution of the European arrest warrant’. Article 62 was also not time-limited by reference to the transition period: it lacked the limiting words ‘during the transition period’, which were found in art 127(1), (3) and (6). The combined effect of those provisions (and art 128(1)) was that the Withdrawal Agreement provided a clear basis in international law for the application of the Framework Decision after 11 pm on 31 December 2020 to EAW cases where the arrest had taken place before that time (see [25], [26], [29] of the judgment).

Fourth, the principle that EA 2003 should be read conformably with the Framework Directive, far from supporting the applicants’ case, was against it. As previously noted, in EAW cases where the arrest had occurred before 11 pm on 31 December 2020, it was the (unmodified) EA 2003 that applied. When construing the parts of EA 2003 which had implemented EU law, domestic courts would continue to be guided by decisions of the Court of Justice of the European Union (the CJEU) to the extent provided for by ss 6, 7 and 7A-7C of the European Union (Withdrawal) Act 2018 (EU(W)A 2018), although they would no longer be able to refer cases to the CJEU (see 6(1)(b)). That meant that caselaw of the CJEU would be available to elucidate the principles applicable in the cases of those arrested pursuant to EAWs prior to 11 pm on 31 December 2020. In cases referred by UK courts prior to the end of the transition period, but not yet decided, the CJEU retained jurisdiction pursuant to art 86 of the Withdrawal Agreement and the judgment and order, when given, would be binding on the UK pursuant to art 89. Those provisions were given effect in domestic law by EU(W)A 2018 s 7A. The submission that the applicants had been deprived of substantial protections conferred by EU law was therefore not made out (see [32] of the judgment).

Fourth, although the UK would no longer have access to the Schengen Information System II, there was nothing to support the submission that that would in practice render impossible arrangements for transit and surrender of requested persons. While the UK would no longer be a member of Eurojust or Europol, the Trade and Cooperation Agreement provided for co-operation with both bodies (Pt 3, Titles 5 and 6)(see [33] of the judgment).

The applicants’ challenge was not arguable and accordingly, permission to apply for judicial review would be refused in each case (see [38] of the judgment).