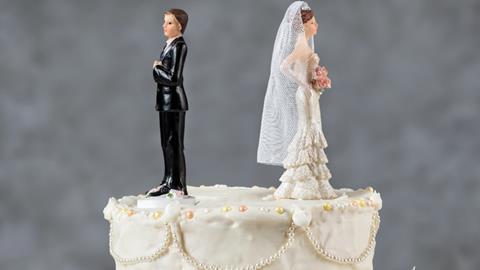 The court in England had jurisdiction to make a maintenance order in favour of a party to a marriage for most of which the parties had lived in Scotland and where the relevant divorce proceedings had been conducted in Scotland. The Supreme Court, in dismissing the husband’s appeal, held the husband’s divorce proceeding in Scotland was not a ‘related action’ within art 13 of Council Regulation (EC) No 4/2009, such that neither art 13(1) nor (2) had any application in the case to permit the English court to decline jurisdiction in relation to the wife’s maintenance claim based on s 27 of the Matrimonial Causes Act 1973.

After marriage in England in 1994, the parties lived together in Scotland between 1995 and 2012, when they separated. The wife returned to England in 2012 and had lived in England since then. In October 2014, the husband issued a writ for divorce in Scotland. The wife applied for a maintenance order, pursuant to s 27 of the Matrimonial Causes Act 1973 (MCA 1973), in England, seeking an order for periodical payments and a lump sum, and interim periodical payments under s 27(5).

The husband applied for an order to stay or dismiss the wife’s application under MCA 1973 s 27 on the basis that the court in England either did not have, or should not exercise, jurisdiction to hear the application, alternatively on the basis that her application should be rejected on the merits. The judge rejected the husband’s challenge to the jurisdiction of the English court and made an order for, among other things, interim periodical payments of maintenance by the husband ([2017] 1 FLR 1083). The Court of Appeal, Civil Division, dismissed the appeal and the husband appealed.

(1) Whether, on the proper interpretation of MCA 1973 s 27(2), an English court had jurisdiction to make any order for maintenance in a case with no international dimension at all.

(2) Whether the English court had a discretion which had survived the promulgation of Sch 6 to the 2011 Regulations to stay maintenance proceedings before it on the general ground of forum non conveniens.

The English court did not have a discretion which had survived the promulgation of Sch 6 to the 2011 Regulations to stay maintenance proceedings before it on the general ground of forum non conveniens and the Court of Appeal had been right so to hold (see [27], [62] of the judgment).

It was clear that Sch 6 was intended to be a comprehensive code to govern questions of jurisdiction in relation to maintenance claims with a cross-jurisdictional dimension within the UK, just as the Maintenance Regulation provided such a code in relation to such claims with an inter-state cross-jurisdictional dimension. There was no basis for ‘reading down’ or modifying the plain terms of Sch 6 by reference to fundamental human rights or the principle of legality. There was no scope whatever for the operation of a forum non conveniens discretion in the context of the legislative scheme in Sch 6 (see [36], [62] of the judgment).

(3) Whether the purported removal by Sch 6 to the 2011 Regulations of the general discretion to stay proceedings on the ground of forum non conveniens had been ultra vires the Secretary of State’s powers in s 2(2) of the European Communities Act 1972 (ECA 1972).

The purported removal by Sch 6 to the 2011 Regulations of the general discretion to stay proceedings on the ground of forum non conveniens had not been ultra vires the Secretary of State’s powers in ECA 1972 s 2(2). The making of the 2011 Regulations, including in particular Sch 6, had been authorised by ECA 1972 s 2(2)(b)(i) to (iv). The purpose and effect of Sch 6 was to ensure that there was one coherent, certain and predictable set of rules which applied to all maintenance claims with a cross-jurisdictional dimension, whether the crossing of jurisdictions occurred on an inter-state basis or on an intra-state basis (see [38], [74], [146] of the judgment).

(4) Whether the husband’s divorce proceeding in Scotland was a ‘related action’ for the purposes of art 13 of the Maintenance Regulation (as so adopted) and, pursuant to that provision, whether the English court should decline jurisdiction in respect of the wife’s claim for a maintenance order under MCA 1973 s 27.

(Lady Hale and Lord Wilson dissenting) The husband’s divorce proceeding in Scotland was not a ‘related action’ within art 13 of the Maintenance Regulation. Therefore, neither art 13(1) nor (2) had any application in the case to permit the English court to decline jurisdiction in relation to the wife’s maintenance claim based on MCA 1973 s 27 (see [40] of the judgment).

As regards the claim under MCA 1973 s 27, the wife was the maintenance creditor. The Maintenance Regulation and Sch 6 to the 2011 Regulations gave her the right to choose in which jurisdiction, within those listed in art 3 (as adapted by para 4 of Sch 6), she wished to bring her maintenance claim. She had an unfettered choice in that regard and was entitled to choose to bring her claim in an English court on grounds of its convenience for her or because she believed that the law it would apply was more advantageous for her. It was a fundamental object of the Maintenance Regulation to confer that right on a maintenance creditor and the scheme of that Regulation was replicated for intra-state cases by Sch 6. Articles 12 and 13 of the Maintenance Regulation (including as they were replicated for intra-state cases by Sch 6) had to be interpreted in the light of that object (see [41], [91] of the judgment).

In art 13, read in the context of the Maintenance Regulation, the word ‘actions’ referred primarily to maintenance claims of the kind to which the special regime in the Maintenance Regulation applied. There was no relevant connection in the present case between the wife’s maintenance claim under MCA 1973 s 27 and proceedings concerned with determining marriage status, which was the subject of the Scottish proceedings brought by the husband. That those were distinct subject matters was underlined by their separation for jurisdictional purposes under the successive EU jurisdictional regimes (see [45], [46] of the judgment).

Michael Horton and Alexander Laing (instructed by Dawson Cornwell) for the husband.

Sir James Eadie QC, Deepak Nagpal and Jason Pobjoy (instructed by the Government Legal Department) for the Secretary of State, as intervener.