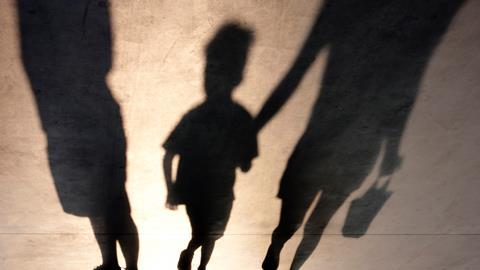 The wife’s application for a reporting restrictions order, in advance of the hearing of her appeal in financial remedy proceedings, was allowed. The order had been sought to protect the identity of the parties’ son (AB). The Court of Appeal, Civil Division, ruled that it was one of those exceptional cases, where it was appropriate to make orders for anonymisation and the restriction on reporting certain aspects of the case. It further held that the balance between the rights of the media under art 10 of the European Convention on Human Rights and the public interest in open justice, and the rights of the parties and of AB, under art 8 of the Convention, on the facts of the case, tipped heavily in favour of the making of the reporting restrictions order.

At the conclusion of a trial in respect of financial remedy proceedings,  the judge made a reporting restrictions order, anonymising the names of various protagonists and redacting parts of his judgment, in order to prevent the ‘jigsaw identification’ of the parties’ son (AB).

The appellant wife applied for a reporting restrictions order in advance of the hearing of her appeal in the financial remedy proceedings, which was due to take place later in the year. She sought the order to ensure that the hearing of the substantive appeal proceeded with similar safeguards designed to protect the identity of AB. The respondent (the husband) initially opposed the application, but later supported it.

Whether, as the wife submitted, it was an ‘overwhelming case for anonymisation’ and one where, exceptionally, anonymisation and a reporting restrictions order should be made. The three strands on which she relied were: (i) the interests of the child of the family; (ii) disruption of the family’s normal lifestyle; and (iii) the confidentiality of the wife’s family’s finances and trusts.

It was not disputed that the parties’ and AB’s rights under art 8 of the European Convention on Human Rights (art 8) were engaged. Consideration was given to FPR 2010 (FPR) and the CPR.

At first instance, pursuant to FPR 27.10, cases were heard in private, although accredited members of the press had the right to attend such hearings (FPR r.27.11(2)(f)). By contrast, on an appeal to the Court of Appeal, Civil Division, the general rule in respect of all appeals, regardless of the subject matter, was that they were heard in public (CPR 39.2(1)). There were, however, exceptions to that general rule under CPR 39.2(3) (see [5], [6] of the judgment).

Ordinarily, in a financial remedy appeal, a formal application should be made to hear the appeal in private or for there to be a reporting restrictions order which would anonymise or prevent the publication of information in relation to an appeal. Mere anonymisation of the names of minor children would typically not require a formal application (see [20] of the judgment).

Only exceptionally would an order for anonymity, supported by a reporting restrictions order, be made in the Court of Appeal. The parties were not routinely entitled to anonymity and the preservation of confidentiality of their financial affairs. Parties could not waive the rights of the public by consent. The decision was that of the court, having conducted the balancing exercise inRe S[2004] 4 All ER 683. While the court would pay close regard to any such order which had been made by the first instance judge, such orders were not binding, not least because of the different starting points for the respective courts. When considering such an application, only rarely would the Court of Appeal go behind the facts as found by the judge (see [20] of the judgment).

Having concluded that the parties’ art 8 rights were engaged and, having weighed up the competing art 8 and art 10 rights, the interests of a child might render it necessary to restrict public reporting of certain information in financial remedy cases (see [20] of the judgment).

In all the circumstances, the present case was one of those exceptional cases, where it was appropriate to make the orders for anonymisation and the restriction on reporting certain aspects of the case sought by the parties (see [39]-[41] of the judgment).

The parties’, and AB’s, art 8 rights had inevitably been engaged. Having considered the matter afresh, the balance between the art 10 rights of the media and the public interest in open justice, and the art 8 rights of the parties and of AB, on the facts of the case, tipped heavily in favour of the making of the reporting restrictions order sought by the parties. It was imperative in AB’s interests, that the delicate balance achieved by the husband and wife, which allowed him some element of normality, remained undisturbed. Further, it had to be for AB’s parents alone to decide how and when he should be told of the implications of his illness, and only they should decide what he should be told and in what way, given his level of understanding (see [35] of the judgment).

There was undoubtedly a legitimate public interest in the issues raised in the appeal. Even so, the court was satisfied that the order proposed by the wife, and currently supported by the husband, would allow those issues to be addressed in public hearing, in such a way as would satisfy the public interest while protecting the interests of the young child (see [36] of the judgment).

In the event, given the conclusion in relation to the art 8 rights of AB and the importance of maintaining the balance of his day to day life, it was unnecessary to go on to consider that aspect of the argument which related to the wife’s family’s finances as a basis for the making of an order (see [37], [38] of the judgment).