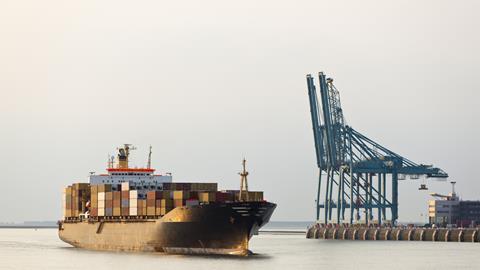 The appeal concerned the action by the claimant hull insurers against the charterers of a vessel for recovery of the value of the vessel which had been wrecked in a port during a severe storm. The Court of Appeal, Civil Division, allowed the charterer’s appeal against the judge’s decision that the casualty had been caused by the unsafe condition of the port in breach of a warranty in the demise charterparty. The Court of Appeal held that in the light of relevant caselaw, the casualty had been caused by an ‘abnormal occurrence’ with the result that no breach of the safe port warranty had occurred. The Supreme Court upheld the Court of Appeal’s decision and dismissed the claimant’s appeal.

The present appeal concerned a Capesize bulk carrier (the vessel). By a demise charterparty, the vessel’s owners (OVM) had chartered her to an associated company in the same group (OLH). The demise charterparty was on the form of an amended Barecon 89 Standard Boat Charter. Under cl 12 of that charterparty, OLH was to effect marine and war risks, as well as protection and indemnity risks, insurance (for cl 12 see [95] of the judgment). OLH time-chartered the vessel to the China National Chartering Co Ltd (Sinochart), who in turn time-chartered the vessel to the charterers, Daiichi Chuo Kisen Kaisha (Daiichi). Each charterparty contained an undertaking to trade the vessel between safe ports (the safe port warranty). Daiichi ordered the vessel to South Africa to load a cargo of iron ore for carriage to Kashima in Japan. She arrived off Kashima on 20 October 2006 and discharge began that afternoon. The port of Kashima was entered from the sea through the northern end of a specially constructed channel known as the Kashima Fairway, which ran almost due north south, and was the only route into and out of the port. The Kashima Fairway was bounded on one side (to the east) by the South Breakwater and on the other (to the west) by the land. The danger facing the vessel was one which was related to the prevailing characteristics of Kashima. The danger flowed from two characteristics of the port, the vulnerability of the Raw Materials Quay to swell from long waves and the vulnerability of the Kashima Fairway to northerly gales caused by a local depression (the two weather events). On 24 October, the vessel sought to leave the port during a storm. However, she allided with the northern end of the South Breakwater and grounded. Shortly thereafter, another Capesize vessel, also grounded in the Kashima Fairway while attempting to leave the port. Salvors were engaged but the vessel eventually broke in two. Her wreck was subsequently removed in the course of a lengthy wreck removal operation. Some two years later, on 15 October 2008, Gard Marine & Energy Ltd (Gard), one of the vessel’s hull insurers at the time of her loss, took assignments of the rights of OLH and OVM in respect of the grounding and total loss of the vessel. In its capacity as assignee of those rights, Gard subsequently brought a claim against Sinochart (which Sinochart passed on to Daiichi) for damages for breach of the charterers’ undertaking to trade only between safe ports. The judge looked at each of the two weather events and decided that, viewed on its own, neither could be said to be rare and both were attributes or characteristics of the port. Accordingly, he held that the casualty had been caused by the unsafety of the port in breach of the safe port undertaking in the time charters and awarded Gard substantial damages. Permission to appeal to the Court of Appeal, Civil Division, on certain specific issues was granted. Before the Court of Appeal, Daiichi argued, among other things, that on the facts, the combination of the two weather events had never apparently happened in the previous 35 years preceding the instruction to proceed to Kashima. Accordingly, the conditions on 24 October had been an abnormal occurrence for which it was not liable. The Court of Appeal allowed the appeal and set aside the judgment of the judge on the grounds that the conditions which had affected Kashima had been an abnormal occurrence and that there had been no breach of the safe port undertaking on the part of Daiichi. The Court of Appeal further held that, in the light of the insurance provisions of the demise charterparty, OVM and OLH (and Gard as their assignee) had not been entitled to claim in respect of losses covered by the hull insurers. Gard was granted permission to appeal to the Supreme Court.

It was well established that the term ‘abnormal occurrence’ had its ordinary meaning. An occurrence was just an event - something that happened on a particular time at a particular place in a particular way. ‘Abnormal’ was something well removed from the normal. It was out of the ordinary course and unexpected. It was something which the notional charterer would not have in mind. Further, first, the date for judging breach of the safe port promise was the date of nomination of the port. A safe port promise was not a continuing warranty. Second, the promise was a prediction about safety when the ship arrived in the future. Those propositions were not in dispute. Such a promise necessarily assumed normality; given all of the characteristics, features, systems and states of affairs which were normal at the port at the particular time when the vessel should arrive, the question was whether the port was prospectively safe for that particular ship. If the answer was ‘yes unless there is an abnormal occurrence’, the promise was fulfilled. The formulation of a test whether the port was unsafe should assume normality, and should therefore exclude danger caused by some abnormal occurrence (see [16], [24] of the judgment).

In the present case, the Court of Appeal had held that the judge had failed to formulate the critical and unitary question which he had to answer directed at establishing the correct characterisation of the critical combination (abnormal occurrence or normal characteristic of the port). In its view, in deciding whether the critical combination had been itself a normal characteristic of the port or an abnormal occurrence, what the judge should have done was to evaluate the evidence relating to the past frequency of such an event occurring and the likelihood of it occurring again. He should have also taken into account what appeared to have been the unchallenged evidence relating to the exceptional nature of the storm that affected Kashima on 24 October in terms of its rapid development, its duration and its severity. Had he done so, then, on the basis of his own finding that ‘the concurrent occurrence of those events was rare’, and on the basis of the relevant evidence, there would have been only one conclusion which he could have reached - namely that the event which occurred on 24 October had indeed been an abnormal occurrence.  In the circumstances, the Court of Appeal had reached the correct conclusions on the safe port issue for the reasons which it had given. In the light of the submissions made on both sides, the present case was one of those rare cases in which the correct conclusion was that the casualty had been caused by an abnormal occurrence as that expression was explained in established authority. The reasoning of the Court of Appeal would be accepted and preferred to the judge’s approach. The port had not been unsafe within the meaning of the safe port undertaking so that Daiichi had not been in breach of it (see [35]-[39], [46], [47] of the judgment).

The appeal on the safe port issue would be dismissed (see [47] of the judgment).