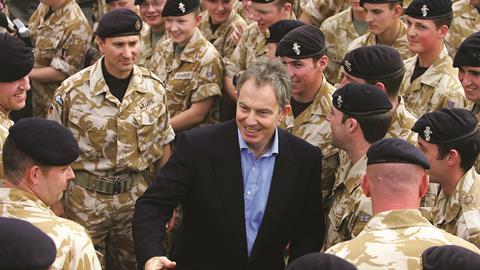 There was no prospect of the Supreme Court holding that the decision in R v Jones and others; Ayliffe and others v Director of Public Prosecutions; Swain v Director of Public Prosecutions ([2006] 2 All ER 741), that there was no crime of aggression under the law of England and Wales, had been wrong or the reasoning no longer applicable. Accordingly, the Divisional Court refused the claimant permission to seek judicial review of the defendant court’s refusal of permission to issue a summons for a private prosecution of Tony Blair, Jack Straw and Lord Goldsmith.

The defendant court refused the claimant permission to issue a summons for a private prosecution of the interested parties in respect the crime of aggression under the law of England and Wales. That crime was said to have been committed through the interested parties’ participation in the decision made in 2003 to invade Iraq and overthrow the regime of President Saddam Hussein. The claimant applied for permission to bring proceedings for judicial review of the defendant’s decision.

Whether the House of Lords had been in error in R v Jones and others; Ayliffe and others v Director of Public Prosecutions; Swain v Director of Public Prosecutions ([2006] 2 All ER 741), in having held that there was no such crime as the crime of aggression under the law of England and Wales, and whether permission should be granted so that the Supreme Court could review the decision in Jones in the circumstances that pertained and depart from it.

There was no prospect of the Supreme Court holding that the decision in Jones had been wrong or the reasoning no longer applicable.

There was no basis for contending that the House of Lords had erred in its conclusion that the crime of aggression under customary international law had not been assimilated into domestic law. There was no reason, let alone a compelling reason, for departing from the decision in Jones. The fact that the invasion of Iraq had been held not to be a crime in domestic law in 2006 provided a compelling reason why Jones should not be departed from. Academic commentaries either contained no or no persuasive criticism of the decision in Jones.

There was force to the contention that, if there was a crime of aggression under international law, there should be a means of prosecuting it, as otherwise the rule of law was undermined. However, it was evident that the prosecution of the crime of aggression before an international court presented significant practical difficulties. The existence of such difficulties could not in any way justify the domestic courts of England and Wales departing from the clear principle that it was for Parliament to make such conduct criminal under domestic law.

The requirement of permission obliged the formation of a view on the prospects of success of any claim, even where the legal question was one of substantial general public importance. The court was not simply required to leave the matter as an issue for decision by the Supreme Court. Accordingly, it was the court’s duty to refuse permission to bring the proceedings for judicial review (see [18]-[24], [27], [28] of the judgment).

James Eadie QC and Melanie Cumberland for the Attorney General, as intervener.