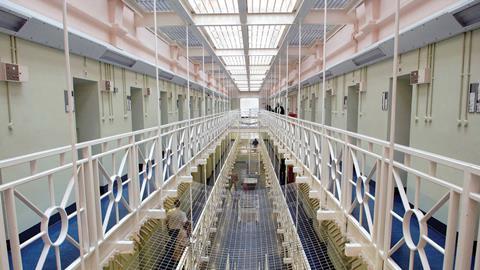 The appellant life prisoner failed in his application, and on appeal to the Court of Appeal, for an order requiring the respondent Parole Board to pay the costs that he had incurred in bringing a claim for judicial review. The Supreme Court held that the principle in R (Davies) v Birmingham Deputy Coroner[2004] 3 All ER 543 to make no order for costs for or against an inferior tribunal or court which played no active part in a judicial review of one of its decisions continued to represent the approach that should be adopted to costs orders against courts or tribunals. The Court of Appeal had considered the appellant’s submissions fully, and had given detailed reasons for rejecting them on their merits. In doing so, it had committed no error of law.

*R (on the application of Gourlay) v Parole Board

The appellant was a life prisoner. In 2014, the respondent Parole Board (the Board) considered whether it would be appropriate to direct the appellant’s release. If it did not direct his release, it was required to consider whether to recommend his transfer to open conditions. On 10 March 2014, the Board issued its decision. It did not direct his release or recommend his transfer to open conditions. The appellant brought proceedings for judicial review of the decision. In the claim form, both aspects of the decision were challenged. The Board did not take part in the proceedings. In its acknowledgment of service, it ticked the box stating that ‘the defendant … is a court or tribunal and does not intend to make a submission’. At the hearing, the appellant confined his challenge to the decision not to recommend a transfer to open conditions. The challenge was successful, and that aspect of the decision was quashed.

The appellant applied for an order finding the Board liable for his costs. His submissions in support of that application reflected the established practice, described in R (Davies) v Birmingham Deputy Coroner[2004] 3 All ER 543 (Davies), of not making an award of costs against a court or tribunal which adopted a neutral stance in proceedings in which its decision was challenged, in the absence of exceptional circumstances, such as flagrantly improper behaviour. The appellant argued in the present proceedings that, first,  the Board was not a court or tribunal falling within the scope of the practice described in Davies and, second, that there were in any event exceptional circumstances, arising from the Board’s behaviour in relation to the proceedings.

The appellant’s claim was dismissed. He appealed to the Court of Appeal, and from there to the Supreme Court.

Whether Davies continued to represent the approach that should be adopted to costs orders against courts or tribunals. The appellant contended that that the rationale for the practice described in Davies had not been explained or justified and that, to the extent that reasons had been given, many if not all of them had fallen away.

The Supreme Court would ordinarily be slow to intervene in matters of practice, including guidance given by the Court of Appeal as to the practice to be followed by lower courts in relation to the award of costs. Responsibility for monitoring and controlling developments in practice generally lay with the Court of Appeal. The Supreme Court was generally less well placed to assess what changes in practice could appropriately be made. It could not respond to developments with the speed, sensitivity and flexibility of the Court of Appeal. Nevertheless, it could intervene where there had been an error of law, and had done so where a question of law arose which was of general public importance. However, appeals solely on costs were not ordinarily appropriate (see [36] of the judgment).

The Court of Appeal had to fulfil its primary responsibility for monitoring and controlling developments in practice, including developments in relation to costs. It could not do so, however, unless it was able to keep its decisions laying down principles of practice as to how lower courts should exercise their discretion in relation to costs, such as Davies, under review. That entailed that its decisions on such matters could not be treated as binding precedents, in the sense in which that expression was generally understood (see [37] of the judgment).

The appellant’s submission that such decisions were treated by the Court of Appeal as binding precedents, in the same sense as decisions on questions of law, appeared to be a misleading over-simplification of the position. First, the principles of practice laid down by the Court of Appeal to guide judges in the exercise of their discretion as to the award of costs were not strictly binding even upon those judges, in the way in which a decision of the Court of Appeal on a point of law was binding upon them. There was always a residual discretion as to costs (see [38] of the judgment).

Second, since a decision such as Davies established principles which ought generally to be applied as a matter of practice, rather than deciding a question of law, it fell outside the scope of the rules of precedent laid down in authorities such as Young v Bristol Aeroplane Co Ltd[1944] 2 All ER 293, which were concerned with the effect of a ‘decision on a question of law’. It also fell outside the scope of the rationale of those rules, namely to promote legal certainty. It was therefore appropriate for a decision on a matter of practice to be reviewed where sufficient reason, such as a material change of circumstances, was put forward (see [39] of the judgment).

Although a previous decision of the Court of Appeal on a question of practice was not binding upon it in the sense in which its precedents on questions of law were binding, it was appropriate that such a decision should only be reviewed where there was sufficient reason to do so: as, for example, where there had been a material change of circumstances, or where the previous case had been decided per incuriam (see [40] of the judgment).

In the present case, the judge had carefully examined the arguments which had been advanced in support of a modification of the approach adopted in Davies. Since the arguments were in substance the same as those which had recently been rejected by the Court of Appeal in R (on the application of Gudanaviciene) v Immigration and Asylum First Tier Tribunal[2017] All ER (D) 72 (May), and no good reason had been put forward for reviewing the decision in that case, the judge had been correct to conclude that that decision should be followed (see [42] of the judgment).

The judge’s reasons for declining to make an award of costs had taken full account of the appellant’s submissions, and had reflected the established practice. In particular, he had identified the point of central importance as being that the Board had taken the decision under challenge while acting in a judicial or quasi-judicial capacity, and had not made itself an active party to the litigation. His conclusion that the Board consequently fell within the scope of the practice described in Davies had not involved any error of law (see [44] of the judgment).

The Court of Appeal had considered the appellant’s submissions fully, and had given detailed reasons for rejecting them on their merits. In doing so, it had committed no error of law (see [45] of the judgment).

In particular, there was nothing in CPR r 44.2 which was inconsistent with the approach described in Davies and followed in the present case. A body which took a decision in a judicial or quasi-judicial capacity, and then declined to defend it when it was challenged in court proceedings, choosing instead to maintain its impartiality and to let the reasons which it had given for its decision speak for themselves, acted in accordance with principles of judicial independence and impartiality which had long been recognised both in English law and at an international level (see [46] of the judgment).

In so far as the decision whether to award costs against the Board turned on matters of practice, it would not be appropriate for the Supreme Court to impose on the Court of Appeal its own assessment of the merits of the parties’ arguments (see [49] of the judgment).

Ben Collins QC and Robert Moretto (instructed by The Government Legal Department) for the respondent.