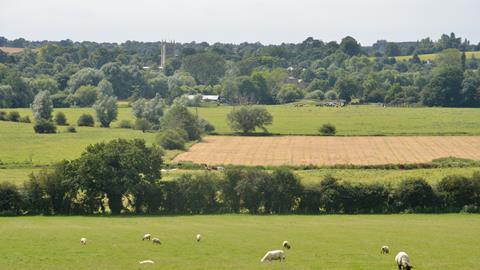 The Supreme Court, in dismissing appeals brought by two local authorities, ruled on the proper interpretation of para 49 of the National Planning Policy Framework, which provided that housing applications should be considered in the context of the presumption in favour of sustainable development, and that relevant policies for the supply of housing should not be considered up-to-date if the local planning authority could not demonstrate a five-year supply of deliverable housing sites.

Two appeals were heard together because they raised similar issues relating to applications for housing development. The appeals concerned the proper interpretation of para 49 of the National Planning Policy Framework (NPPF), which provided that: ‘Housing applications should be considered in the context of the presumption in favour of sustainable development. Relevant policies for the supply of housing should not be considered up-to-date if the local planning authority cannot demonstrate a five-year supply of deliverable housing sites’. In the first case (Suffolk Coastal), the appellant local authority (the authority) refused planning permission for a development of 26 houses in Yoxford. That decision was upheld by the inspector appointed by the Secretary of State on appeal, the inspector having considered that the relevant local policies were ‘relevant policies for the supply of housing’, within the meaning of paragraph 49 of the NPPF. The first judge held that the inspector had erred in considering that para 49 only applied to ‘policies dealing with the positive provision of housing’ (see [40] of the judgment). Accordingly, he quashed the inspector’s decision (see [2015] All ER (D) 246 (Jan)). The Court of Appeal, Civil Division, subsequently, confirmed the judge’s decision. In the second case (Richborough Estates), the inspector allowed an appeal against the authority’s failure to determine the application for planning permission and granted planning permission for up to 146 dwellings. The authority’s challenge succeeded before the second judge on the ground that the inspector had erred in treating one of the local policies (NE.2) as a ‘relevant policy’, namely for the supply of housing, under para 49 of the NPPF, and in seeking ’to divide the policy, so as to apply it in part only (see [47] of the judgment and [2015] All ER (D) 296 (Feb)). The Court of Appeal reversed that decision and restored the inspector’s decision, ruling that the inspector had made no error of law in treating the policy as a relevant policy. The authority in both cases appealed to the Supreme Court.

The appeals would be dismissed.

(1) The Secretary of State’s power to formulate and adopt national planning policy derived, expressly or by implication, from the planning Acts, which gave him overall responsibility for oversight of the planning system. That was reflected, both in specific requirements and, more generally, in his power to intervene in many aspects of the planning process, including (by way of call-in) the determination of appeals. Although planning inspectors, as persons appointed by the Secretary of State to determine appeals, were not acting as his delegates in any legal sense, but were required to exercise their own independent judgement, they were doing so within the framework of national policy, as set by government. It was important, however, in assessing the effect of the NPPF, not to overstate the scope of that policy-making role. The NPPF itself made clear that, in respect of the determination of planning applications, it was no more than guidance and, as such, a material consideration for the purposes of section 70(2) of the Act. It could not, and did not purport to, displace the primacy given by the statute and policy to the statutory development plan. It had to be exercised consistently with, and not so as to displace or distort, the statutory scheme (see [19]-[21] of the judgment).

(2) The correct approach to the interpretation of a statutory development plan had been discussed by the Supreme Court in Tesco Stores. It was important that the role of the court was not overstated. It was recognised in Tesco Stores that some policies in the development plan might be expressed in much broader terms, and might not require, nor lend themselves to, the same level of legal analysis. Whether in a development plan or in a non-statutory statement, such as the NPPF, those were statements of policy, not statutory texts, and had to be read in that light. Even where there were disputes over interpretation, they might well not be determinative of the outcome. Further, the courts should respect the expertise of the specialist planning inspectors and start, at least, from the presumption that they would have understood the policy framework correctly. With the support and guidance of the planning inspectorate, they had primary responsibility for resolving disputes between planning authorities, developers and others, over the practical application of the policies, national or local. Recourse to the courts might sometimes be needed to resolve distinct issues of law, or to ensure consistency of interpretation in relation to specific policies. In that exercise, the specialist judges of the Planning Court had an important role. However, the judges were entitled to look to applicants, seeking to rely on matters of planning policy in applications to quash planning decisions (at local or appellate level), to distinguish clearly between issues of interpretation of policy, appropriate for judicial analysis, and issues of judgment in the application of that policy; and not to elide the two. The proper role of the courts was to interpret a policy where the meaning of it was contested, while that of the planning authority was to apply the policy to the facts of the individual case. The same distinction fell to be made in relation to guidance documents such as the NPPF (see [24]-[26], [72], [73] of the judgment).

(3) The primary purpose of para 49 of the NPPF was simply to act as a trigger to the operation of the ‘tilted balance’ under para 14 of the NPPF. In the absence of relevant or up-to-date development plan policies, the balance was tilted in favour of the grant of permission, except where the benefits were ‘significantly and demonstrably’ outweighed by the adverse effects, or where ‘specific policies’ indicated otherwise. It had to be borne in mind that para 14 was not concerned solely with housing policy. It needed to work for other forms of development covered by the development plan, for example, whether a relevant policy for the supply of employment land became out-of-date was a matter of planning judgement, unrelated to para 49, which dealt only with housing supply. However, that was a matter of pure planning judgment, not dependent on issues of legal interpretation. If that was the right reading of para 14 in general, it should also apply to housing policies deemed out-of-date, under para 49, which, accordingly, had to be read in that light. It also showed why it was not necessary to label other policies as ‘out-of-date’, merely in order to determine the weight to be given to them under para 14. That would remain a matter of planning judgement for the decision-maker. Paragraph 49, taken in context, came within a group of paragraphs dealing with delivery of housing. The context was given by para 47, which set the objective of boosting the supply of housing. In that context, the words ‘policies for the supply of housing’ appeared to do no more than indicate the category of policies with which the court was concerned, in other words, ‘housing supply policies’. The word ‘for’ simply indicated the purpose of the policies in question, so distinguishing them from other familiar categories, such as policies for the supply of employment land, or for the protection of the countryside. There was no justification for substituting the word ‘affecting’, which had a different emphasis. It was true that other groups of policies, positive or restrictive, might interact with the housing policies, and so affected their operation. However, that did not make them ‘policies’ for the supply of housing in the ordinary sense of that expression. In so far as the para 47 objectives were not met by the housing supply policies as they stood, it was quite natural to describe those policies as ‘out-of-date’ to that extent. Although that might be regarded as adopting the narrow meaning, it should not be seen as leading to the need for a legalistic exercise to decide whether individual policies did or did not come within the expression. The important question was not how to define individual policies, but whether the result was a five-year supply in accordance with the objectives set by para 47. If there was a failure in that respect, it mattered not whether the failure was because of the inadequacies of the policies specifically concerned with housing provision, or because of the over-restrictive nature of other non-housing policies. The shortfall was enough to trigger the operation of the second part of para 14. It was that paragraph, not para 49, which provided the substantive advice by reference to which the development plan policies, and other material considerations relevant to the application, were expected to be assessed (see [54]-[59] of the judgment).

In the present case, the same conclusion was reached as the Court of Appeal in respect of both appeals. In respect of Richborough Estates, quite apart from para 49 of the NPPF, the current statutory development plan had been out of date. On the true construction of para 49 of the NPPF, the authority and the inspector had both erred in treating policy NE.2 as a policy for the supply of housing. However, that had not detracted materially from the force of the inspector’s reasoning. He had clearly been entitled to conclude that the weight to be given to the restrictive policies had been reduced to the extent that they derived from settlement boundaries that in turn reflected out-of-date housing requirements. His final conclusion reflected the language of para 14 of the NPPF (the tilted balance). In those circumstances, there was no reason to question the validity of the permission. In Suffolk Coastal, the inspector’s categorisation of both SP 19 and SP 27 as non-housing policies, and his conclusion that they were, for that reason, to be regarded as up-to-date, had not so much been erroneous in itself, as inappropriate and unnecessary. It had only given rise to an error in law in so far as it might have distorted his approach to the application of para 14. In all the circumstances, the court had to agree with the Court of Appeal that the inspector’s decision had to be quashed, albeit on narrower grounds (see [62], [63], [65], [68] of the judgment).