Leading justice figures in the UK government have effectively ruled out any prospect of creating a US-style system for appointing Supreme Court judges.

Both attorney general Geoffrey Cox and lord chancellor Robert Buckland this week made clear that the government has no plans to initiate constitutional reform - although it should retain the right to do so.

Some commentators have pushed the idea of greater political involvement in the appointment of Supreme Court judges after last week's ruling on the lawfulness of the prorogation of parliament.

Speaking at a fringe event of the Conservative party conference this week, Buckland told delegates that to create a quasi-American system would be to ‘wholly misunderstand’ the UK constitution.

Cox, speaking today in the House of Commons, was asked to clarify the government’s position with regard to the appointment of Supreme Court judges, and in particular the idea of US-style selection hearings. 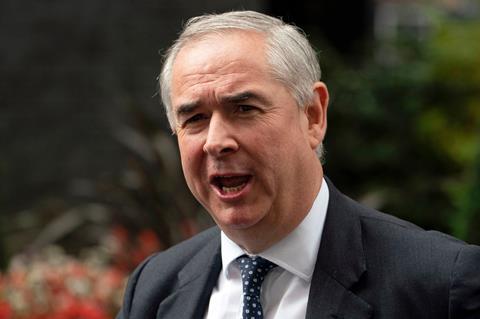 Cox: rules out any likelihood of politicians being actively involved with appointments to Supreme court

Pressed by MPs to categorically rule out any changes that could result in a political appointment system, Cox said there are no such plans.

He responded that while parliament should retain the right to determine constitutional arrangements and the role of the Supreme Court, political involvement in appointing its judges would be a ‘wholly retrograde’ step.

Cox added: ‘We have one of the finest judiciaries in the world. Throughout the world, they are beacons of impartiality and independence, and the House should do all it can to promote, protect, and preserve those values. I agree that a US-style process of appointment would not be in the interests of this country.’

His answers marked a subtle change compared to last week, in the immediate aftermath of the prorogation ruling, when Cox said the possibility of parliament approving appointments was a matter ‘which this house may need to reflect upon in the coming months and years, depending on the status of our constitutional arrangements’.