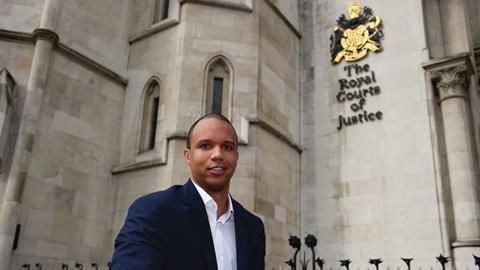 A Supreme Court judgment that a professional gambler cheated his way to a £7.7m casino win could change the course of criminal trials by ruling that a 35-year-old test for dishonesty is no longer fit for use.

In Ivey v Genting Casinos Ltd t/a Crockfords, the court today unanimously dismissed an appeal from Phil Ivey to recover winnings from a 2012 game of punto banco in Crockfords Club, Mayfair. Ivey admitted relying on a technique called 'edge-sorting' - spotting tiny differences in the backs of playing cards - to tilt the odds in his favour.

Ivey did not touch any cards, but persuaded the croupier to rotate the most valuable cards by intimating that he was superstitious. He brought an action against the club after it refused to pay out on the grounds of cheating. He told the court that he regarded his technique as legitimate gamesmanship.

Upholding a judgment from the Court of Appeal, the Supreme Court said Ivey’s actions were ‘positive steps’ to fix the deck and therefore amounted to cheating, regardless of what he believed. 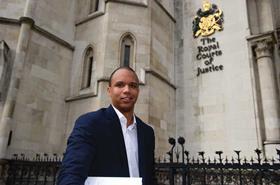 But the court went further and said that the test for determining dishonesty should also apply to criminal trials - meaning there is no requirement for a defendant to appreciate that their actions were dishonest.

In judgment, the court said the two-stage test defined in 1982 R v Ghosh, has ‘serious problems’. That case involved a surgeon who was convicted for receiving payments for work carried out by others. The second stage in the Ghosh test asks juries to consider whether the defendant would have realised that ordinary honest people would regard his behaviour as dishonest. Today's judgment says that does not correctly represent the law and that directions based on it should no longer be given.

The Supreme Court said that the test means that the less a defendant’s standards conform to society’s expectations, the less likely they are to be held criminally responsible. ‘The law should not excuse those who make a mistake about contemporary standards of honesty, a purpose of the criminal law is to set acceptable standards of behaviour,’ the judgment states.

It adds: ‘There can be no logical or principled basis for the meaning of dishonesty to differ according to whether it arises in a civil action or a criminal prosecution.’

Instead, all cases should apply the civil action test - to ascertain the actual state of the individual’s knowledge or belief as to the facts and then determine whether his conduct was honest or dishonest by the standards of ordinary people.

Stephen Parkinson, head of criminal litigation at London firm Kingsley Napley, said this decision was one of the most significant in a generation and would lead to more convictions in criminal trials.

‘The concept of dishonesty is central to a whole range of offences, including fraud,' he said. 'For 35 years juries have been told that defendants will only be guilty if the conduct complained of was dishonest by the standards of ordinary reasonable and honest people and also that they must have realised that ordinary honest people would regard their behaviour as dishonest. The Supreme Court has now said that this second limb of the test does not represent the law and that directions based upon it ought no longer to be given by the courts.’

David Corker, partner at criminal law firm Corker Binning, agreed. 'This decision fundamentally changes one of the most basic facets of criminal fraud law: the meaning of dishonesty which can solely determine when an accused is guilty or not. Often in criminal fraud cases the facts - the actions of the accused - are agreed, it all depends on whether or not he acted dishonestly.'

Henceforth, he said, a prosecutor no longer has to prove that the accused had belief or knowledge of how their actions would be regarded. 'A prosecutor now need only place before the court facts of what the accused did, and thought, and invite the court to hold that he was dishonest. This is a huge shift towards an objective test of dishonesty, which is critical in fraud cases.'