No place at the table for an honest cheat

In a landmark Supreme Court decision, international poker star Phil Ivey has lost his final attempt to salvage £7.8 million in baccarat winnings. All five Supreme Court judges that sat to hear Ivey v Genting Casinos were in agreement that Ivey’s technique of 'edge sorting' constituted cheating and found that the casino had no liability to pay him.

Not only does the decision bring to an end what has been described as the biggest legal battle in casino history with the court asked for the first time to address what is cheating under civil law and the Gambling Act 2005, it also has resulted in one of the most significant decisions in criminal law in recent times with the justices unanimously overturning the longstanding criminal test for dishonesty in favour of the civil test.

At first instance, Ivey’s legal team argued that edge sorting was a legitimate technique and that dishonesty is an essential ingredient of cheating.

Genting defended the claim on two principal grounds. First, that insofar as any gaming contract arose, it contained an implied term that Ivey would not cheat and that if he did so, the contract would become void and/or he could recover no winnings under it. Second, that Ivey was cheating for the purposes of section 42 of the Gambling Act 2005 (which also creates a criminal offence of cheating).

In the High Court Mr Justice Mitting determined that by edge sorting Ivey had given himself an advantage that the game of baccarat precludes and was therefore cheating within the ordinary meaning and in breach of the implied contractual term not to cheat. 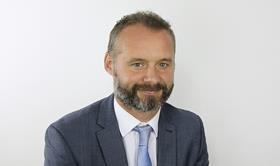 Ivey appealed that decision submitting that cheating requires dishonesty and in circumstances whereby the judge had found him to be an honest witness, then he could not have cheated. At the time, Ivey commented to the press he did not understand how it was possible to be labelled an ‘honest cheat’.

After a split decision from the Court of Appeal decision left a position of uncertainty, an appeal to the Supreme Court inevitable.

Ivey limited the scope of his appeal to the Supreme Court to the point of whether dishonesty was a necessary element of cheating for the purpose of section 42 of The Gambling Act.

Genting submitted that the issues for the court extended beyond that, and the Supreme Court justices also needed to consider whether a party needed to act dishonestly to be in breach of the implied term and, if so, was this dishonesty in the criminal sense or the civil sense.

The Supreme Court dismissed the appeal, finding it to be indisputable that Ivey had cheated (both for the purpose of the implied term and section 42). Moreover, the court found that whilst dishonesty is not a necessary component of cheating at gambling what Ivey did was in any case dishonest.

Many examples of what might constitute cheating were contemplated by the three courts ranging from the case of the suffragette Emily Davison who threw herself under the King’s horse at the 1913 Derby to bridge players being privy (through various means) to another player’s hand and ball tampering at cricket.

Ultimately, what amounts to cheating will be a jury question as to whether the player has actively given themselves an advantage that they were not entitled to within the rules or premise of the game irrespective of the player’s belief as to whether his or her conduct was legitimate.

Why is this Supreme Court decision important?

First, the ruling gives guidance for the casino industry on what constitutes cheating for the purpose of both the implied term and section 42 of the Gambling Act. Whilst the justices determined that it would be foolhardy to attempt an absolute definition of cheating, they agreed that the essentials would normally comprise 'a deliberate (and not an accidental) act designed to gain an advantage in the play which is objectively improper given the nature, parameters and rules (formal or informal) of the game under examination'.

The justices accepted that 'honest cheating' was an improbable concept but reasoned that this was not because the subject believed what they had done to be legitimate but instead that the use of such terminology suggested that some cheating was right and not wrong.

Second, the decision is ground breaking in that after more than 30 years the Supreme Court has found that the test for dishonesty should be the same whether it arises in a civil action or a criminal prosecution, unanimously overturned the longstanding criminal 'Ghosh' test.

It is likely that the Supreme Court chose this case to consider Ghosh because they were presented with a professional poker player seeking to rely on what we referred to as the 'Robin Hood' defence, thus providing the court with an ideal factual matrix to review the criminal law on dishonesty.

In this new judgment several 'serious' problems are identified with the second limb of the Ghosh test. It is made clear that henceforth the test for dishonesty, whether it arises in a civil action or a criminal prosecution, is to ascertain (subjectively) the actual state of the individual’s knowledge or belief as to the facts and then determine whether his conduct was honest or dishonest by the (objective) standards of ordinary decent people.

Ryan Mowat is partner and Katherine Pymont an associate in the dispute resolution team at Kingsley Napley LLP, who acted for Genting Casinos UK.