A London firm has raised concerns about defendants being encouraged to plead guilty online to minor criminal offences, while unaware of the potential consequences, following reports that a client received incorrect advice from court staff.

BSB Solicitors said one of its clients, accused of fare evasion, was this week advised by two members of HM Courts & Tribunals staff that the offence was punishable by a fine - but that the conviction would not appear on a basic criminal record check.

The firm is concerned that staff are providing inaccurate legal advice, as the conviction will show up on a basic check for a year.

Unlock, a charity which supports people who face obstacles because of a criminal record, said a fine is disclosable. 'If the fine is "worked off" by spending time in custody (even in the court cells) it will never be filtered from an enhanced check,' the charity added.

The Ministry of Justice has been keen to move cases involving minor offences such as fare evasion online, enabling magistrates to dedicate more of their time on other cases.

The 2016 Transforming Our Justice System document, published by the lord chancellor, lord chief justice and senior president of tribunals, proposed 'an even simpler process where defendants can resolve their cases immediately using an entirely automated system. This would mean when someone admits certain minor offences and chooses to opt in to an automated system, that system will provide an online conviction and issue a standard fixed fine and costs.This will enable defendants to complete their case and pay the penalty instantaneously, without having to attend court - a just, efficient and simple improvement'. 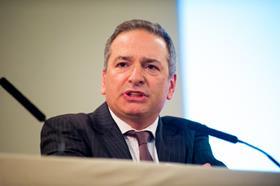 Thousands of fare dodgers have been sentenced after a paperless operation was introduced at Lavender Hill Magistrates' Court in London.

Jon Black, a partner at BSB Solicitors and president of the London Criminal Courts Solicitors' Association, told the Gazette: 'With online justice looming, we're going to see greater volumes of individuals being prosecuted by the court without receiving any advice or inadequate and false advice provided by untrained members of court staff.'

A HMCTS spokesperson said: 'We take any allegation of staff providing inappropriate or inaccurate information seriously - we are investigating and will provide refresher training should it be required.'