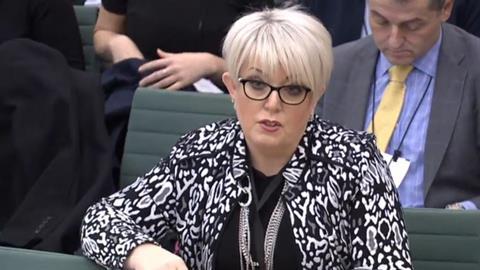 Filming more court proceedings is potentially a good idea but must be done sensitively and vigilantly, the forthcoming chair of the Criminal Bar Association has said, after the Victims' Commissioner suggested letting cameras into the courtroom will change 'aggressive' barristers' behaviour.

Speaking to the Sunday Telegraph yesterday, Baroness Newlove said cameras 'might change the behaviours of some of the key participants, such as aggressive barristers or defendants who show contempt for the justice process'. However, Newlove added that filming should not undermine the anonymity of victims in sexual offences cases or cases where children or vulnerable adults are victims.

Newlove's interview was published ahead of an ITV documentary, Inside The Court Of Appeal - broadcast on Thursday - which follows three cases, including one involving the law on joint enterprise.

Chris Henley, vice chair of the Criminal Bar Association, told the Gazette that the association welcomes 'all carefully managed initiatives' which improve transparency and the public's understanding of the criminal justice system. Henley highlighted televised proceedings in the Supreme Court as a 'very positive example' and suggested piloting an extension to appropriate criminal cases in the Court of Appeal could be beneficial.

However, he warned: 'Nothing must compromise the interests of justice, the primacy of a fair trial, and respecting the interests of vulnerable witnesses, witnesses generally and defendants. These matters would need extremely sensitive and vigilant consideration if it was ultimately proposed to televise, live or recorded, proceedings in the Crown court on a more routine basis.'

The Transparency Project, a charity which campaigns to make family courts clearer, points out that filming is currently permitted in appeal and sentencing hearings, so the focus is on the lawyers and judges rather than complainants, defendants, witnesses and juries. 'Even if there is a problem with "aggressive barristers" (we are not sure of the evidence base for this assertion), it is entirely unclear how the proposal to bring in cameras would solve that problem, and is likely to have a number of unintended consequences.' The charity says it is the judge's job to identify and stop aggressive questioning, not the media or the general public.

Allowing cameras into hearings where live evidence is heard could adversely affect witnesses' ability to give their best evidence, the charity adds. Even if the victim is shielded from the camera, he or she may be easily identifiable by reference to the defendant. 'Whilst transparency and the advancement of public understanding of court processes are to be encouraged, a proposal to allow the filming of trials would require a change in the law and careful thought,' the charity says.

Earlier this year Lord Justice Burnett told the House of Lords constitution committee that plans to live-stream selected cases from the Court of Appeal's civil division are underway.

Proceedings have been broadcast live in the Supreme Court since October 2014. An on-demand archive of past hearings was set up the following year. According to the Supreme Court's 2017-18 annual report, more than 137,800 people watched proceedings live and 75,000 watched cases on demand. The most popular case remains the Article 50 Brexit appeal in 2016.