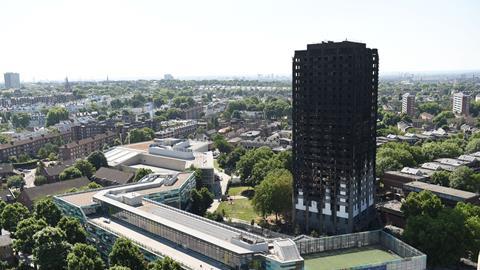 On the eve of the Grenfell Tower public inquiry's first hearing, the director of the law centre at the heart of efforts to support those affected by the fire has expressed concern at how fast the inquiry process is moving.

At least 80 people died following the fire at the 24-storey block Grenfell Tower in North Kensington, London, in June. Today, Victoria Vasey, director of North Kensington Law Centre, acknowledged that people want the inquiry to happen sooner rather than later, but was concerned that 'this is all moving very, very fast'.

The deadline for people and organisations wanting to apply to be a core participant in the inquiry passed on Friday. A core participant will receive, in advance of hearings, disclosure of evidence that the inquiry's chairman considers is relevant. They can make an opening and closing statement at certain hearings, suggest lines of questioning that the inquiry's counsel should pursue, and their recognised legal representative may apply to question witnesses.

However, Vasey told a Institute for Government debate this morning that there are still people living in hotels, 'unable to leave... let alone instruct lawyers, let alone fill in lots of papers, let alone even conceive whether they want to be part of this process'.

Vasey said the inquiry's terms of reference are broadly good, but 'there's scope in there to develop some ideas'. One part that's missing, she said, is the aftermath of the fire.

'It's in there on very, very narrow terms. A few days are referred to. The aftermath and the way residents and the wider community have been treated, and been able to participate in the processes, have really exacerbated and extended the trauma of the fire. I see that as an integral part of the exercise of learning lessons,' she said.

Sir Paul Jenkins, a barrister at London's Matrix Chambers and former head of the Government Legal Department, told the debate that a well-run inquiry 'can play a part in the healing process', though 'certainly at this stage it is almost inappropriate to talk about the healing process in the context of Grenfell Tower'.

The inquiry's chair, Sir Martin Moore-Bick, a retired Court of Appeal judge, hopes to deliver an initial report by Easter next year.

Meanwhile, the Gazette has learned that a judicial review application lodged earlier this week by the BMELawyers4Grenfell group over diversity concerns in relation to the inquiry panel has been refused. The group has submitted a list of 25 BME (black and minority ethnic) experts in areas such as regulation, criminal and human rights law to the prime minister and Moore-Bick.