Parliamentary inquiries are becoming an increasingly important part of the UK’s uncodified constitution.

Next week, Lord Justice Leveson will break his self-imposed silence, not just once but twice. Ten months ago, when he published the report of his inquiry into the culture, practices and ethics of the press, the appeal judge said he would be ‘making no further comment’ on it. Despite that, Leveson (pictured) will be giving oral evidence to the Commons Culture, Media and Sport committee next Thursday. A day earlier, he will be appearing before a House of Lords committee inquiring into the Inquiries Act 2005.

Parliamentary committees such as these are becoming an increasingly important part of the UK’s unwritten – or, more accurately, uncodified – constitution. Take, for example, the Public Accounts Committee, chaired by Margaret Hodge. It strives to achieve best value by interrogating major spenders, such as the senior managers at the BBC who gave evidence on 9 September. It also publishes carefully researched reports, such as its finding on 17 July that Richard Alderman, as director of the Serious Fraud Office, had taken decisions on redundancy and severance packages that ‘showed a disregard for the proper use of taxpayers’ money’. More than £400,000 had been paid towards his chief executive’s redundancy package without Cabinet Office approval.

Above all, parliamentary committees put disturbing conclusions such as these firmly into the public domain, not just on parliament’s well-designed website but also by giving qualified privilege against libel actions to articles such as this.

An invitation to give oral evidence to a parliamentary committee is one that most people believe they cannot refuse. It is by no means clear that a committee can compel the attendance of any witness, let alone a serving judge, but Leveson has clearly chosen not to test the issue. Although he has always taken the view that his report – like a judgment – must speak for itself, he seems to have agreed to talk to the Lords committee about the effectiveness of the Inquiries Act 2005, under which his inquiry was held, and to the culture committee about the progress – or lack of progress – in implementing his recommendations.

That does not mean, of course, that he has to answer any specific questions. On 25 June, the Lords select committee kicked off its inquiry into inquiries by questioning the two Ministry of Justice officials responsible for policy in this area. They were asked, entirely inappropriately, what discussions their predecessors had had with ministers about the legislative proposals in 2004/05, when Labour was in power. The committee was told firmly that these were matters for ministers, not officials.

Peers got rather more out of Peter Riddell, the former political columnist at the The Times who now runs an independent thinktank promoting effective government. On 17 July, Riddell opined that the Leveson inquiry had run into difficulties because its terms of reference had been too broad and that an inquiry on which he himself served – into British residents detained at Guantanamo Bay – had lost the confidence of the detainees’ lawyers because there had been a clash of expectations.

Even so, the detainee inquiry had an important advantage over Sir John Chilcot’s investigation of the Iraq conflict: the former had retained lawyers to question the witnesses that it had been expecting to call. As Sir Stephen Sedley, the former appeal judge, told the Lords committee on 10 July, ‘some of us reading the daily reports of what was going on [in the Iraq inquiry] were almost weeping at the questions that were not being asked’.

The inquiries inquiry will no doubt attract some publicity when Leveson appears before it. But another select committee has spent the past three years conducting an inquiry in almost total obscurity. The inquiry is called ‘mapping the path to codifying – or not codifying – the UK’s constitution’, a title that could only have been devised by a committee. 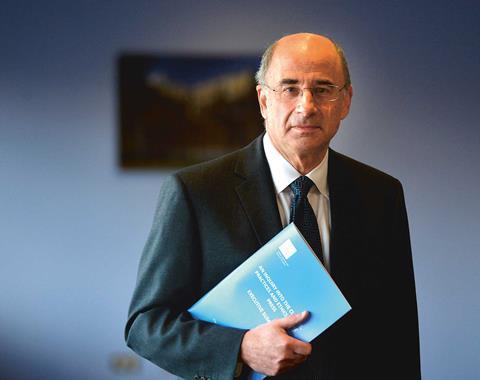 As part of its inquiry, the Commons Political and Constitutional Reform Committee is seeking evidence by the end of October on how the constitutional role of the judiciary would change ‘if the UK were to move towards a codified constitution’.

These are huge issues. The idea that a panel of MPs is even considering the possibility of allowing judges to strike down an act of parliament as ‘unconstitutional’ or to prevent a bill from becoming law is something that would cause ministers apoplexy if they were ever to find out. But there seems very little chance that any of this will happen. It is only MPs, asking their questions again.