Lammy: find me an ethnic minority judge and I'll buy you a beer

Labour MP David Lammy has said that not recommending diversity quotas for the judiciary in his landmark review of potential racial bias in the criminal justice system was an 'error of judgement'.

The Tottenham MP expressed his regret while discussing his review at a Westminster Legal Policy Forum in London yesterday. Lammy's study of the justice system was commissioned by then prime minister David Cameron and reported in September last year. Lammy made 35 recommendations in a report to address what he described as the bias and overt discrimination faced by black and minority ethnic people.

The government was urged to set a clear, national target to achieve a representative judiciary and magistracy by 2025. However, while the Ministry of Justice acknowledged that there was more to do on judicial diversity, it said targets were not the right approach. 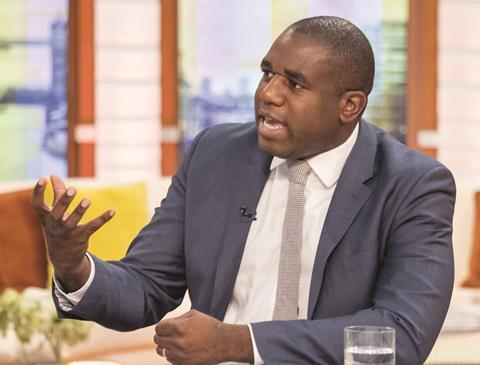 Lammy told the event: 'Whilst the department accepted my target for prisons, I was disappointed the department did not accept my targets for the judiciary. It makes no sense to me you will accept targets in one area but not another. You're making judgements in this review about what you [think] might get through. I now wish I had called for quotas because, if so, you might have had targets. That was an error of judgement.'

Lammy said he disagreed with the then lord chancellor David Lidington over the notion that the lack of judicial diversity is a 'pipeline' issue. 'We have to stop patronising ethnic minority people by saying it's a pipeline issue,' Lammy said. 'I have been qualified as a barrister for 23 years. I know lots of senior ethnic minority lawyers who qualified before I did. There are plenty of people who are senior enough to be senior judges. Many of them apply, they just do not get through.' He added that he had seen lawyers give up applying because of embarrassment and fears that the constant rejection may harm their careers.

Highlighting mistrust in the criminal justice system, Lammy said finding a diverse judge in the Crown court was 'extremely unlikely'. He added: 'Finding ethnic minority judges - I want you to go out and do it. I'll buy you a beer if you find that individual.'