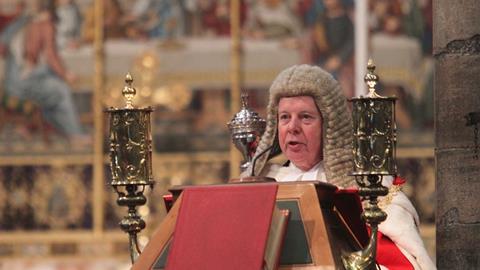 The lord chief justice has sounded an alarm at the presence of ‘far too many’ litigants in person across the justice system. Lord Thomas of Cwmgiedd, speaking today at his annual press conference, said numbers of unrepresented litigants have continued to grow.

He cited the family courts as the area where the problem is greatest, although he stopped short of calling for the reintroduction of legal aid to support cases involving disputes over children.

‘What is beginning to emerge – and we need to study this in much more detail – is the withdrawal of legal aid is causing a problem in resolving disputes between the father and mother over children. There is some evidence the problem is being exacerbated [by litigants in person].

‘This is a real problem and a problem in society which need detailed examination.’

Pressed by the Gazette on whether paid McKenzie friends offer a viable alternative, Thomas was dubious about their role in the court process. He said there was no objection to unpaid McKenzie friends, providing their role was defined, but raised questions over self-styled professionals, particularly in crime and immigration law where clients are vulnerable and will readily accept any help they can get.

'I have seen them, who give legal advice that is simply wrong and you are preying on vulnerable people and that is why I am very, very cautious about payment to non-lawyers who try and assist vulnerable people.

'There is a real risk of exploitation or of giving advice the person wants to hear, not advice that they do not want to hear.'

Thomas was optimistic about the prospect of the online court, which is being developed following the government’s positive response to Lord Justice Briggs’ report earlier this year.

The lord chief justice said he was confident himself that the proposals – a three-stage process of online triage, a case-handler and judgment if necessary – and said litigants would feel that justice has been served.

‘The work that is being done does tend to show that the use of a modern system, with forms and a website designed in a modern manner, is user-friendly. The experience of the financial services ombudsman service, using case officers effectively to try and resolve disputes, has worked,' he said.

‘What we must make sure is that if people want access to a judge we simply cannot take that away from them. If you want to see a judge you should have that right.’

Thomas expanded on his ambition, stated before the justice select committee last week, to retain English law as the number one jurisdiction in the world. He said this would require collaboration between the profession, government and judiciary, as well as ensuring the courts remain attractive in both the state of the buildings and the quality of IT.