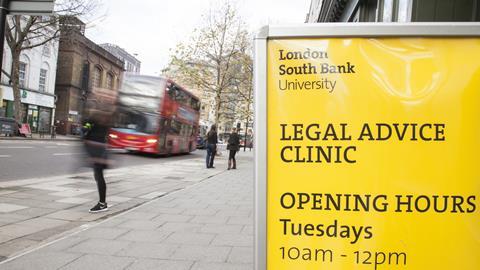 'McKenzie students' have a role - but only under supervision, says professor

A law professor has backed the master of the rolls' proposition that law students could act as McKenzie friends in both advice clinics and in court - though he stresses this should be voluntary and under supervision.

Andy Unger, head of the law division at London South Bank University, said students should get the hands-on experience needed to become a solicitor.

The university already runs a drop in legal advice clinic at its campus in south London. The clinic is staffed by students who are supervised by trained solicitors. Students give advice on areas of law including housing and employment. If a problem is too complicated it is referred to a solicitor and the students observe.

‘Our on-campus clinic is open to members of the public who come in with their problems. We are giving help to those who need it but also giving students hands on experience of the skills they need to become a solicitor,’ Unger told the Gazette.

However, he said that scheme could be expanded. ‘One way to improve learning could be to have more students act as [unpaid] McKenzie friends. A scheme similar to ours could be set up from law schools to allow students to offer advice and, assuming the courts are OK with it, take a case to court as well,’ he said.

LSBU students currently help with the early stages of cases at Lambeth County Court but not during trials.

Late last year the master of the rolls Sir Terence Etherton suggested that law graduates could help plug the access to justice gap by representing litigants in person in court proceedings. 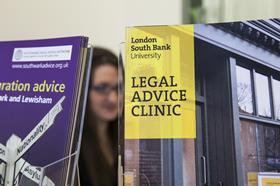 Unger said the focus on ‘clinical education’ was also important because he is not convinced that the proposed Solicitors Qualifying Examination, in its current form, will focus on the right skills. Employment law and housing law are both notably absent from stage 1 of the proposed super-exam.

‘I think there is a real risk of a drop in applications for law schools whose degree does not help to prepare graduates for the SQE, particularly if some institutions offer a dedicated SQE LLB. This won’t affect universities like Oxford and so there’s a danger that SQE focused degree courses will be less well thought of by the profession. But I think we are well placed to thrive. A potential scenario for us is to offer candidates a broad undergraduate degree and a separate masters degree to prepare for the SQE and also a potential revision course on top of that.’

Earlier this year LSBU rose from from 58th to 13th in a list of the best places to study law compiled by the Guardian newspaper, placing it higher than Russell Group members including Warwick, Edinburgh, Birmingham and Sheffield.