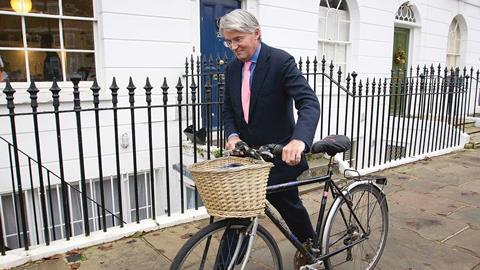 Like a soap opera character waking from a dream, there will be some solicitors wondering if they had simply imagined the last seven months. In November last year the Mitchell judgment – a denial of relief from sanctions for a late budget – changed the face of litigation overnight.

Master of the rolls Lord Dyson had sent a message of intent: the old days of ignoring deadlines and expecting an indifferent court to show leniency were emphatically over.

But in its place came a new regime that seemed draconian and disproportionate. Satellite litigation popped up across the country as parties sought to exploit the new regime for their advantage. The court started to resemble a playground, with each side scoring cheap points off one another.

The chaos engulfing the civil courts was ‘Kafkaesque’, according to David Marshall, managing partner of Anthony Gold.

He recounts that one of the firm’s solicitors said she had woken in a cold sweat after dreaming that she had forgotten to serve a list of documents, and was ready to hot-foot it to the office to apply for relief, only to remember that the case had not yet been issued in court.

Something even more fundamental seemed to have changed as well. Solicitors were wary and suspicious of each other, with litigation gaining a malicious character that went beyond the adversarial.

The effect of Mitchell has been ‘corrosive and antagonistic, taking litigators back to the dark days of non-co-operation’, notes David Greene, former president of the London Solicitors Litigation Association.

Dyson seemed to agree. Three appeals relating to relief from sanctions were heard over two days last month, with the master of the rolls  giving judgment in each and, crucially, issuing new guidance for how to deal with similar cases in future.

Those expecting an approach of blanket leniency were disappointed. In Denton, the claimant had served six witness statements one month before the date fixed for a 10-day trial, and had been granted relief from automatic sanctions. Dyson was clear that an adjournment to allow the statements would have wasted court time and generated ‘substantial’ costs.

But in the other two cases, referred to in the judgment as Decadent and Utilities, there was an unmistakably softer approach than that taken in Mitchell. Both examples of non-compliance, one of not paying court fees on time and the other a costs budget filed 45 minutes late, were deemed insignificant enough that they did not require punishment.

In effect, while the Mitchell guidance asked the non-compliant party to prove why a breach was trivial enough to go unpunished, now the emphasis has shifted. The other side – the party that has complied with the rules – will have to prove a breach is sufficiently serious and significant for the courts to intervene.

‘The guidance has clarified the factors which the court believes should be taken into account,’ Desmond Hudson, chief executive of the Law Society, which intervened in the three cases, tells the Gazette. ‘The court’s previous decision in Mitchell and the way it was being applied by the lower courts had resulted in disproportionate penalties and a breakdown in co-operation between parties to litigation, clogging up the system and introducing huge uncertainty into the whole process of civil litigation.’

But those hoping for judicial humility, and perhaps even an admission that the original Mitchell guidance was wrong, were to be denied. Dyson said the guidance given in Mitchell ‘remains substantially sound’ and he merely needed to restate the approach that should be applied ‘in a little more detail’.

Indeed, much of the blame for what followed Mitchell seems to be directed at district judges and over-zealous solicitors.

Dyson said he was concerned that some judges are ‘adopting an unreasonable approach’, looking at applications for relief on the basis that, unless a default can be characterised as trivial or there is a good reason for it, they are bound to refuse relief. ‘This is leading to decisions which are manifestly unjust and disproportionate,’ he added.

In future, he continued, it should be very much the ‘exceptional case’ where a contested application for relief from sanctions is necessary. ‘The court will be more ready in the future to penalise opportunism. It is as unacceptable for a party to try to take advantage of a minor inadvertent error, as it is for rules, orders and practice directions to be breached in the first place.’

Even if an offending party ultimately wins, they may find a ‘substantial reduction’ in their costs recovery.

Matthew Harrington, a partner at national firm BLM, who acted for the appellant in Denton, predicts an end to the wave of satellite litigation that came in the first half of this year. He said: ‘It is clear that there will be serious repercussions for litigants who try to “point-score” by opposing relief applications unreasonably.’

Barrister Andrew McLaughlin, counsel for the respondent in Denton, says anyone needing an extension of time or relief from sanction is now in a much stronger position: ‘Parties who have preyed on the misfortune of others could find they are the ones now being savoured.’

In private, some solicitors are seething at seemingly being blamed for taking advantage of a position created by the judiciary.

‘What was I supposed to do?’ asked one lawyer who did not want to be named. ‘If I contest relief from sanctions the court accuses me of satellite litigation, but if I ignore the other side breaching a rule my client will sue me for professional negligence.’

Marshall observes: ‘There is an inevitable tension between the solicitor’s duty as an officer of the court and his duty to the individual client, who may instruct him to take advantage of breaches to achieve a windfall gain.’

Richard Dawson-Gerrard, partner at national firm Mills & Reeve, acted for the respondent in Utilise and had to explain to his client that a case based on Court of Appeal guidance had failed in the very same court.

‘This is a disappointing decision for our client as it was merely acting, in the view of most of the legal profession, in accordance with the Mitchell decision, and of course the first instance and appellate judge.’

If parties are discouraged from applying for sanctions for rule-breaking, it begs the question of what motivation will exist to avoid breaking the rules.

No one is suggesting that litigators will return to the ambivalent attitude to court timetables that prevailed in the pre-Woolf era, but a perfect balance of common sense and compliance will be tricky to settle on – not least if judicial training in new rules, which amounted to just a few hours in advance of the Jackson reforms – does not increase.

David Johnson, president of the Forum of Insurance Lawyers, believes the new judgment was a ‘welcome revisit’ of the principles behind Mitchell, but they are far from the end of the matter.

‘The judgment falls a long way short of removing all headaches for litigators having to make or respond to applications for relief,’ he said. ‘The stated twin goals of greater timetable compliance but a return to a co-operative approach between parties are worthy causes, but do not necessarily sit easily alongside each other.’

Another more pressing problem for the courts could be the prospect of parties subjected to harsh penalties post-Mitchell returning to court to contest those decisions. Dyson accepted his guidance had been ‘misunderstood and misapplied’ by some district judges, and clients will surely ask whether they were wrongly dealt with.

‘This is not the end of satellite litigation,’ Greene confirms. ‘There are lots of cases in the pipeline and quite a few appeals against orders where relief was not granted.’

It would be wrong to dwell too much on the negative elements of Dyson’s latest guidance, as most practitioners agree that it is, at the very least, a welcome addition.

McLaughlin, from St John’s Chambers, said the judgment had given some context and detail to the attempt in Mitchell to enforce new rules. ‘Mitchell was black and white,’ he notes, ‘[whereas] Denton is a much better judgment. Whether or not the nuances in it were there to be seen in Mitchell doesn’t matter. What matters is things should change.’

Tracy Head, partner at national firm Kennedys, says in combination with the ‘buffer rule’, which allows lawyers to extend deadlines by up to 28 days – provided both parties agree and it does not put any hearing date at risk – solicitors have returned to being trusted with some flexibility to manage their cases.

But for any solicitors tempted to push their luck and ignore deadlines, there is a belief that Dyson has established enough safeguards to ensure the new era of compliance with rules can remain.

Sue Nash, chair of the Association of Costs Lawyers, says she was ‘surprised’ at initial reactions to the three judgments, which suggested they represented a ‘dilution’ of Mitchell. ‘This is far from the case; the court went to some lengths to say otherwise,’ she notes. ‘The supremacy of dealing with cases “justly” has been endorsed.’

What actually matters to litigators and their clients, Nash adds, is that they will not be penalised for trivial or inadvertent breaches so long as they do not affect court timetables or other cases.

Harrington believes the ‘sea change’ of Jackson will be different to changes in previous eras that ‘nobody took any notice of’.

What the new judgments illustrated, he says, was that courts will not tolerate default by parties when there are consequences for the courts: ‘There will be some who interpret this as a softening of Mitchell. But Denton shows the new rules do have teeth. The culture of compliance is still here to stay.’

Ultimately, as Marshall concluded, the guidance shows substantive justice on the merits of a case ‘still has a place’ in the English legal system. Courts will be less tolerant of breaches post-Jackson, but this is not a world of zero tolerance.

Perhaps most importantly, as the Law Society stated, civil litigation can return to being less adversarial and more co-operative. And solicitors living in fear of being ‘Mitchelled’ can finally sleep a little easier.