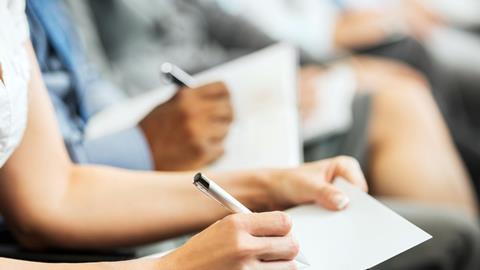 Open justice reminder for judges after reporters barred from court

The master of the rolls has reminded judges that the press must be able to freely access all public court hearings after reporters from The Bureau of Investigative Journalism (TBIJ) news service were refused entry into court as part of an investigation on possession proceedings.

TBIJ sent reporters to possession courts across England and Wales on 110 occasions over the summer, publishing the findings of its investigation today. On six occasions, judges refused to let reporters into the courtrooms, some incorrectly claiming that such hearings are private.

On two additional occasions, reporters were initially barred from entering the building – once on the orders of a judge, the other by court staff.

On one occasion, the judge said he would not let the reporter in without a signed and stamped letter from the regional presiding judge. On other occasions, judges agreed with lawyers for lenders who raised objections to journalists being in the room - the judges would either eject reporters from court without making a specific order, or ask them to withhold certain information without making a formal reporting restriction.

A Judicial Office spokesperson said: ‘The master of the rolls has written, following the TBIJ report, to all civil judges emphasising that the public and press must be able freely to access all public court hearings.’

A spokesperson for HM Courts & Tribunals Service said: ‘We are committed to the principle of open justice and transparency. Where operational issues are brought to our attention, we work swiftly to resolve them.’

In further guidance, HMCTS said staff are trained on how to support media access and supporting the media is also an element of training provided to court ushers. While social distancing measures were in place, HMCTS had to limit the number of people physically allowed onto the court estate. Where possible, it has facilitated remote observation of audio and video hearings. How a hearing is to be heard remains a decision for the judge.

Bureau reporter Maeve McClenaghan will discuss the findings of the investigation with the House of Commons justice select committee today, as part of its inquiry into the future of court reporting.

Last year HMCTS apologised to Gazette reporter Monidipa Fouzder after she was kicked out of a court building.