Lawyers have given a cautious welcome to signs from the Conservatives they would be keen to ban cold-calling for personal injury claims.

The 2017 election manifesto states the party intended to ‘consider a ban’ on companies cold-calling people encouraging them to make ‘false’ PI claims. The pledge comes alongside a renewed promise to tackle fraudulent and exaggerated whiplash claims, after the government ran out of time to see the Prisons and Courts Bill through parliament.

The party has previously been reluctant to advocate a cold-calling ban of the type that already applies to solicitors, but its inclusion in the manifesto has raised fresh hope the practice can be outlawed.

Simon Stanfield, chair of the Motor Accidents Solicitors Society said: ‘Having long argued for a ban on cold-calling, we’re pleased that the government is going to look in detail at this issue and hope that this will be part of a wider consideration of strengthening CMC regulation.’ 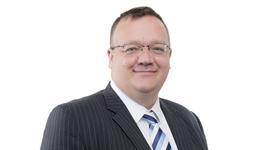 Brett Dixon (pictured), who became the president of the Association of Personal Injury Lawyers (APIL) yesterday, said the ban would be ‘very welcome’ as something the group has long campaigned for.

Dixon, a solicitor from Burnley, said APIL will renew its efforts to guide the next government’s approach to the personal injury sector. ‘You can be sure that we will be saying to the next government that fairness for catastrophically injured people means a realisation that the way the discount rate is calculated is fair and accurate,’ he said.

‘That nobody with a claim of £5,000 should be left alone in the small claims court facing a legally represented defendant; fairness for people with clinical negligence claims means the creation of an efficient, workable claims process before they are forced into the straightjacket of fixed costs.’

Dixon said claimant lawyers would highlight that motorists were being ‘duped’ into accepting whiplash reforms in return for promised lower insurance premiums.

He said the group was pitted against well-resourced interests of big business, but that would not stop members from trying to sway public opinion, albeit gradually. ‘If we can keep chipping away, working to change the hearts and minds of as many as we can, we can still make a real difference. Incremental gains can make a very big difference in the long term and we are in this for the long term.’