Radical steps are essential to deal with the growing inaccessibility of the law in Wales due to the growing divergence between English and Welsh legislation, a Supreme Court justice has said.

In a speech published by the judiciary yesterday, Lord Justice Lloyd-Jones, a Welshman and former chair of the Law Commission, said that because of the 'extensive use' of law-making powers under the Government of Wales Act 2006, the 'complexity and inaccessibility of the law are now a huge problem'. 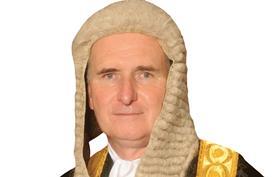 One cause of impenetrability, Lloyd-Jones said, is that legislation may be amended by both the Westminster Parliament and the National Assembly. For example section 569 of the Education Act 1996 has nine sub-sections - some relating only to England, some to Wales and some to both England and Wales.

Confusion is exacerbated by the practice of publishing amendments without their accompanying text. When a statutory provision is amended over and over again, the result is 'an impenetrable mess'. The result is often so complex that 'it is barely intelligible to trained lawyers, let alone to laymen and women'.

It is not the first time that Lloyd-Jones, the first Welsh judge on the Supreme Court bench, has voiced concern on the topic. In September last year he proposed establishing a new body to coordinate the work of institutions mapping emergent Welsh law.

His latest proposal, to the Association of London Welsh Lawyers, goes further. He suggests two alternative approaches to making the law of Wales accessible: consolidation or codification. Consoldiation - drawing together different enactments on the same subject to form a rational structure - would be 'an undertaking of massive proportions which ... would be likely to take a generation to accomplish'.

Codification, on the other hand, 'could confer real benefits within a relatively short term. This 'much more radical' approach would involve the National Assembly producing US-style codes enabling all the statute law on a subject to be found in one place. 'Thereafter any amendment would be by amendment of the code, which would remain an up to date statement of the legislation applicable to the particular field'. Legislation thus drafted would be superior to that produced in Westminster, he said.

Calling for 'prompt action', Lloyd-Jones said that 'this needs to be set in motion soon while the position is still remediable'.