Shifting attitudes to the duty of good faith

Traditionally the English courts have avoided implying a duty of good faith into commercial agreements, requiring instead that parties expressly impose such a duty. However, we are now seeing a significant shift in judicial attitudes when it comes to contracts which are considered to be 'relational' – that is to say a 'contract that involves not merely an exchange, but also a relationship between the contracting parties' (MA Eisenberg, ‘Relational Contracts’ in Good Faith and Fault in Contract Law (OUP, 1995)). By expanding this interpretation, an increasing number of litigants are finding recourse for what they consider to have been sharp commercial practice but where previously, in the absence of express obligations, no remedies were available. To that extent, it therefore promotes a better and more ethical way of doing business. 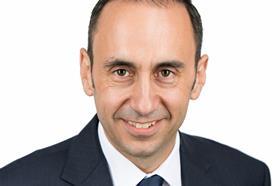 Essentially good faith could be described as acting honestly in the performance of contractual obligations and being loyal to the bargain. It means acting as much within the spirit of an agreement and in accordance with a justified expectation rather than the letter of the contract, and being faithful to an agreed common purpose. It includes an obligation to ‘refrain from conduct which in the relevant context, would be regarded as commercially unacceptable by reasonable and honest people’ (Bates v Post Office Ltd (No. 3) [2019] EWHC 606 (QB)).

The traditional view has likely adapted due to duties of good faith being recognised in common law jurisdictions and the use of good faith terminology arising from EU-derived English law.

The case of Yam Seng Pte Ltd v International Trade Corp Ltd [2013] signified a shift from this established position. In the case the court implied a duty of good faith into a distribution agreement and indicated that the duty might have a role in commercial contracts.

Since that decision the courts have expanded the position.

In Bristol Groundschool Limited v Whittingham [2014] an agreement to produce training manuals was found to give rise to an implied good faith obligation. The court considered that breach of an implied good faith term was to ‘strike at the heart of the trust which is vital to any long-term commercial relationship’ (Bristol Groundschool Limited v Intelligent Data Capture Limited [2014] EWHC 2145 (Ch)).

And most recently the epic litigation battle between Bates v Post Office Ltd [2019] ruled the intentions for the relationship can be upheld in court and that a contract can be relational even when one or more parties in the contract do not believe that it is.

Good faith obligations can often be crucial to prevent one party to a bargain taking an unfair advantage over the other by acting solely in its own commercial self-interests while technically not breaching the express terms of the contract.

Those negotiating potential relational contracts need to be aware of the risk that they may be found subject to implied duties of good faith.

The concept of good faith is still developing and it is a relatively uncertain concept – we await a decision from the higher courts on the subject. The floodgates are not going to open for the idea to be applied in all commercial contracts – specific relational characteristics are necessary. In the meantime, we may start to see the inclusion of expressly defined good faith clauses in more commercial contracts. And if it leads to a better and fairer way of doing business, it should be welcomed.