Magistrates under pressure to conduct 'speedy justice' are reluctant to release offenders back into the community, a senior representative of the magistracy has revealed.

Jowett said: 'We are being pushed for speedy justice these days. If someone is before us and pleads guilty, we are expected to deal with them on the day. If someone pleads not guilty, we do a pre-trial review, look at what's going on and set a trial date... One hearing for a guilty plea, two hearings for a not guilty plea.' 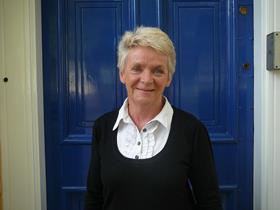 However, speedy justice 'is not so good for us when we sentence sometimes [because of the] lack of information', Jowett warned. The National Probation Service, which supervises high-risk offenders released into the community, has 'little time to investigate the person in front of us'.

Probation services were previously delivered by 35 self-governing probation trusts working under the direction of the National Offender Management Service (NOMS). In 2014 probation services were divided into a National Probation Service across seven regions and new community rehabilitation companies (CRCs). In July 2015 some 243,000 offenders were supervised by the NPS and CRCs.

The Magistrates Association, which has 15,000 members, believes magistrates should have more information in their sentences. However, magistrates have no contact with community rehabilitation companies.

Jowett, who commutes two hours to sit in West Wales, said: 'We do not know, generally speaking, what's available. There has been mapping on a regional basis [of] what's available but that's going to vary widely between urban and rural communities.'

Highlighting a lack of information in relation to rehabilitation activity requirements, which can form part of a community order, Jowett warned: 'It's important we do know because if we have not got the confidence in our sentences we're not going to feel...that the community is the right place for offenders in front of us.