The Solicitors Regulation Authority has come under fire for its proposals for a centralised exam to be taken by all would-be solicitors.

At a Westminster Legal Policy Forum conference yesterday, the SRA was criticised for not going far enough in helping to restructure legal training – and of trying to over-regulate the profession.

Reacting to the SRA’s plans, Professor Avrom Sherr, professor emeritus at the Institute of Advanced Legal Studies, questioned whether more exams were needed, adding that the proposed Solicitors Quality Exam (SQE) was about control rather than standards.

‘If this was about maintaining standards it would be better than the equivalent of just a graduate level,’ he said.

In its proposal the SRA has said that the SQE should be at least at graduate level or equivalent. However it also specified that the second part of the two-part assessment will be comparable to the level trainee solicitors reach at the point of qualification.

Speaking on the conference panel Rebecca Huxley-Binns (pictured), chair of the Association of Law Teachers, said she was disappointed that there was ‘nothing new’ in the proposals, as aspiring solicitors would still need a period of workplace training, vocational training and, for those who have not done a law degree, a conversion course.

She also queried the planned cost of the exam, warning that over-regulation could be burdensome and expensive.

A lawyer in the audience agreed that the plans were disappointing: ‘This assessment consultation was going to be the crux of the whole new reform and it lets us down because there is no assessment framework. There are no proper standards for maintaining the quality of training we currently have. In some ways this is a retrograde step.’

While some embraced the need for change, Simon Hart, a partner and training principal at City firm RPC, said he was concerned about changes to the structure of legal training.

Opening up more training routes was not the best way to achieve more diversity, he said, pointing instead to the contextual recruitment to which RPC and a number of other City firms have signed up.

Warning against encouraging more people to enter the profession, he said: ‘Every year we get more and more applications and every year I have to disappoint more and more students. The need for solicitors may well decrease over the coming decade and we need to be careful not to encourage lots of people into the profession.’

But James Wakefield, director of the Council of the Inns of Court, spoke in favour of the idea of a centralised exam, saying that the introduction of centralised assessments at the bar had been ‘incredibly important’.

Meanwhile regulators faced a number of questions over the need for multiple bodies to regulate legal training. 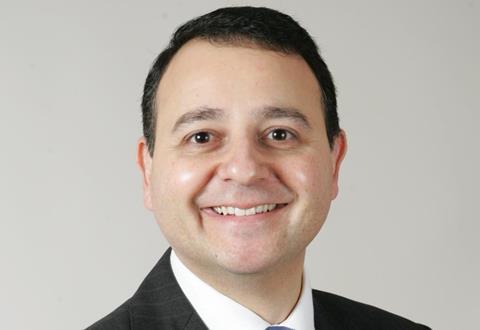 Alberto Costa MP (pictured left), a member of the House of Commons justice committee, asked representatives from the SRA, the Chartered Institute of Legal Executives and the Bar Standards Board how standards could be maintained in legal training when there were so many different regulators.

Martin Coleman, chair of the education and training committee at the SRA, said that while the number of regulators did not impact on standards, he questioned how efficient the set-up was.