A legal academic has urged the government they must overhaul the entire civil claims process before implementing any increase in the small claims limit.

Annette Morris, a reader in law at Cardiff Law School, said ministers must adapt the system to handle the inevitable surge in litigants in person that increasing the limit for RTA claims would bring.

Justice secretary David Lidington yesterday confirmed his intention to raise the threshold from £1,000 to £5,000, although he declined to give an exact timescale for reform.

Morris, speaking at the Westminster Legal Policy Forum, said the government was right to press on with reform, despite some of the case being based on ‘exaggerated, sensationalised and selective’ accounts of what happens in practise.

But she urged caution over implementing changes to the current claims system. 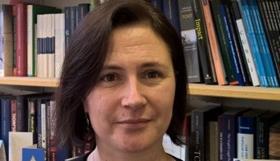 ‘We shouldn’t increase the small claims limit before we have created a system geared at the public and not lawyers,’ she said. ‘And in drawing boundary lines and setting tariffs, the government needs a much better understanding of the kinds of cases reforms could affect. Policy reform requires pragmatism but decisions should not be arbitrary.’

Morris, a former policy research officer at the Association of Personal Injury Lawyers, has conducted research into the PI market for more than a decade.

She said rights to tort compensation are not ‘fundamental or sacrosanct’ but contingent on balancing the interests of injured claimants, defendants and wider society.

Much would depend, she noted, on the value society attaches to tort, whether it is seen as an economic drain or whether it provides accountability and addresses imbalances of power.

Road traffic claims have increased almost eight-fold over the last 40 years and now dominate the system, constituting 41% of all claims in the 1970s but 80% of claims today.

Tort law delivers wider benefits to society some of the time, concluded Morris, but not generally in the road traffic accident context.

‘Most minor injury claims are straightforward and routine,’ she added. ‘Many involve limited input from paralegals in ‘sausage factories’ where the overall system resembles insurance more than legal practice.

‘In terms of damages, they involve going rates and compromise rather than meticulous individualised calculations of full compensation.’