Unpopular decisions must be taken to address the lack of diversity in the judiciary, which is still dominated by ‘white and privately educated men’, a human rights group has said.

Although important steps have been taken to improve diversity, Justice said progress has been too slow and interventions, to date, insufficient. 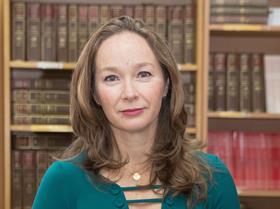 Its third report on the demographic make-up of the judiciary, states that few countries - only Armenia and Azerbaijan amid Council of Europe members - have lower proportions of women in their judiciary than the UK.

The report focuses on the senior judiciary, specifically the structural barriers faced by women, BAME [black, Asian and minority ethnic] people and those from less advantaged socio-economic backgrounds.

The group says the Supreme Court illustrates the ‘diversity deficit’: Lady Hale is the only female justice, all the justices are and have always been white; none is from a disadvantaged background. The UK Supreme Court ‘continues to be an aberration among the leading common law jurisdictions, with Australia, New Zealand and Canada approaching gender parity on their highest courts’, the report says.

Recommendations to improve diversity include introducing targets ’with teeth’ - targets for selection bodies, with monitoring, transparency and progress reporting to the justice select committee being the ‘teeth’.

The report notes that the 12 current Supreme Court justices will retire by 2026. It suggests women comprise 40% of the Supreme Court by 2026. Breaking this down into 'mini rolling targets', there should be a minimum of two women appointed out of six vacancies that will arise by the end of 2019 and a minimum of four female justices by the end of 2022.

The group also recommends establishing a senior selections committee, talent pools for each court, an external review of selection processes and a talent management programme. Junior lawyers could take up an ‘entry level’ position in the tribunal system or on the district bench to ‘stand a meaningful chance’ of being promoted to the senior judiciary.

Justice director Andrea Coomber (pictured) said: ’We realise that some of the measures recommended in this report will be unpopular with some, but if the long-standing issue of lack of diversity is to be genuinely addressed then those at the most senior levels must accept that difficult and perhaps unpopular decisions will have to be taken to deliver a more diverse judiciary.’

The report is being unveiled at an event in London this evening, where the lord chief justice, Lord Thomas of Cwmgiedd, will speak.