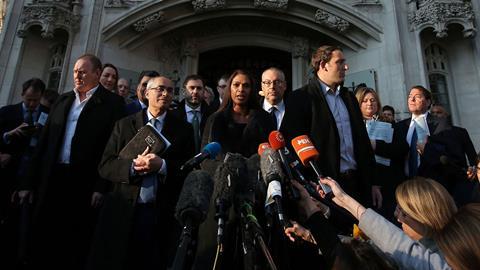 Truss seeks to head off attacks on judiciary after Brexit ruling

Lord chancellor Liz Truss has sought to quell criticism of the Supreme Court following today's ruling on triggering article 50 of the EU treaty, insisting the government will respect the decision of the court – and by praising the character of the justices.

Truss was slated by some members of the profession last year for not defending Court of Appeal judges who had ruled in favour of those arguing that the government should consult parliament before triggering article 50 and starting the process of the UK’s exit from the European Union.

This time, the Ministry of Justice released a statement within minutes of the Supreme Court judgment in Miller and another v Secretary of State for Leaving the European Union, which found eight-to-three against the government. Parliament must now vote on whether the government can begin the Brexit process.

Truss said: ‘Our independent judiciary is the cornerstone of the rule of law and is vital to our constitution and our freedoms. The reputation of our judiciary is unrivalled the world over, and our Supreme Court justices are people of integrity and impartiality. While we may not always agree with judgments, it is a fundamental part of any thriving democracy that legal process is followed.’

The 97-page judgment has been described by legal commentator David Allen Green as 'likely to be the constitutional law decision of at least a generation’. 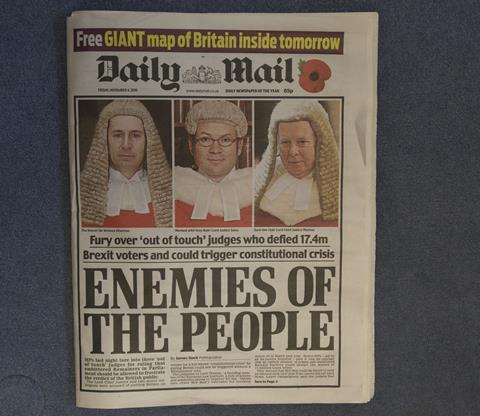 The Mail's response to last year's Court of Appeal ruling

David Greene, senior partner of Edwin Coe LLP, which acted for Deir Dos Santos in the claim, said in a statement: 'My client is delighted by today’s judgment.

'As a Brexiteer, he always said his motivation in bringing this claim was to ensure the correct and lawful process applied to triggering article 50 and today's decision vindicates his role in shining a spotlight on the rightful process as well as the role that the law plays in ensuring a lawful political process.

'This has been a unique and difficult fight where the legal issues were often clouded by a polarised and politically charged backdrop.

'The result is a reassertion by the court that we live in a parliamentary democracy, in which, having been elected, our MPs in parliament have the sovereign power to grant rights and remove them; a power only constricted by consideration of human rights and rule of law.

For those outside UK: Supreme Court ruling unlikely to stop #Brexit. Case was more about enforcing principle of parliamentary sovereignty

'These rights affect people’s lives, family life, where people live, where they work, their very right to work in this country. They are vital rights in day to day life. The court has decided that the rights attaching to our membership of the European Union were given by parliament and can only be removed by parliament. This is a victory for democracy and the rule of law. We should all welcome it.'

Law Society president Robert Bourns said: ‘The Supreme Court has answered clearly how, according to UK law, article 50 may be triggered, and we welcome certainty on this important question.

‘The court said triggering article 50 will have the effect of altering the individual rights and laws of this country, and that is the role of parliament alone. The government will now need to bring a bill to parliament to seek that authorisation, and we expect further details on this later today.'

Bourns also acknowledged comments by both government and the claimants on the importance of an independent judiciary. ‘The fact that such an important and contentious matter can be argued to our highest court, and end with both sides acknowledging and respecting the decision, is something we should all be deeply proud of,’ he said.

‘This response from both sides underlines how deeply ingrained the rule of law is in our country, our culture, and our institutions, and this is something we celebrate.’

Pro-Brexit group Lawyers for Britain noted that the judgment unanimously rejected arguments from Scotland, Northern Ireland and Wales that the devolved legislatures have a legal right to interfere with the UK’s exit from the EU, ‘or that withdrawal is somehow incompatible with the constitutional status of Northern Ireland’. 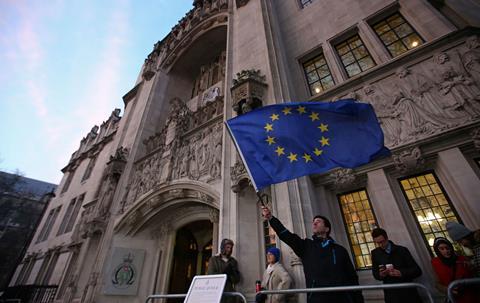 Phillip Souta, head of UK public policy at the firm, said: 'Questions will soon be asked about how much trouble for the government the Lords are capable of causing by means of amendments that may appear out of scope.

'While the expectations are that the unelected house would be unlikely to oppose the legislation, recent history has shown us how expectations can be upturned with regularity and gusto.

'The government hopes that if they keep the scope of the expected bill very narrow, to just activating article 50, then it is guaranteed to be amendment-proof. It is not that simple. That is the custom and practice of parliament, but they can depart from it if they want to.’