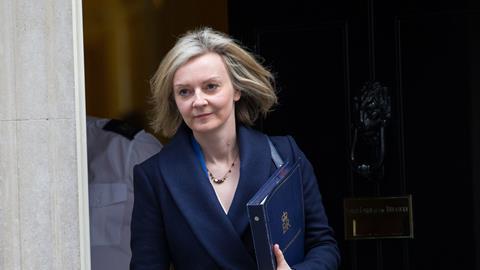 Truss unrepentant over ‘enemies of the people’ row

Lord chancellor Liz Truss has admitted there is a problem with morale in the judiciary – but rebutted suggestions she should have done more when judges came under fire over the EU article 50 Brexit judgment.

Appearing before the House of Lords constitution committee today, Truss said the judiciary in England and Wales was renowned throughout the world.

But her conversations with judges have revealed they do not feel valued, and she conceded there are issues with how judges perceive they are appreciated by government and the public.

Truss was pressed by committee members on whether a more forceful denouncement of criticism of High Court judges in the article 50 challenge – dubbed ‘Enemies of the People’ by the Daily Mail – would have helped to boost morale.

‘I will always speak out and say how important having an independent judiciary is, and have also said on these cases [the judges] are people of integrity and impartiality,’ she said. ‘Where I might disagree is with some who have asked me to condemn what the press are writing – I think it is dangerous for a minister to say "this is and this is not acceptable".’

Asked whether her cabinet colleagues listen to her, she immediately answered ‘yes’.

She added: ‘One of the important things that I’ve said to make sure we have an independent judiciary is we have adequate funding. In the autumn statement I secured additional funding for the department including for the justice system reforms.’

Truss said the legal aid reforms introduced by the Legal Aid, Sentencing and Punishment of Offenders Act were ‘needed’ and that she had spoken in parliament in favour of them.

She explained that the Prisons and Courts Bill will change the way the justice system works, with a more streamlined process and more work done online.

‘We will need fewer lawyers to help people navigate through the system and I would suggest more early legal support and legal education as well as more support in areas like representation. At the moment a lot of effort is spent in helping to navigate a cumbersome and complex system.’

She said the government is working on a green paper on legal support that is going to give more details about the system of online and virtual hearings, and more efficiency in areas like family justice.

‘I’m not saying there’s going to be lots more money for legal support but what I am saying is that we can spend the current budget better by making sure that we are providing people with early legal help rather than it going through the system.

‘We don’t want to re-do legal aid according to the system we’ve had before, we want to design a new system and we want to look at a new legal support mechanism around that system.’