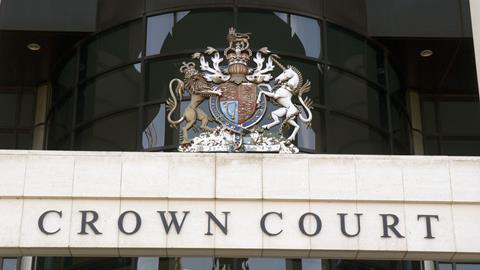 A woman deprived of a fair hearing through the conduct of a trial judge has had her convictions overturned by the Court of Appeal.

The court ruled that His Honour Judge Stephen John had unfairly made comments during the woman’s trial which indicated his belief in her guilt.

He had urged her counsel to give ‘robust advice’ about her plea and withdrew the woman’s bail and remanded her in custody the night before she was due to give evidence. He also threatened her 14-year-old daughter with custody if the teenager made any facial response to the testimony that was being given. This meant the woman doubted the fairness of the process and was thereby ‘handicapped’ in giving her evidence.

The woman was convicted at Kingston Crown Court in April of bringing cannabis, two mobile phones, two charging cables and a SIM card on a visit to her partner in prison. The handover had allegedly happened while she visited the prisoner with her teenage daughter. A search of the prisoner later revealed he had stashed these items on his person.

The woman, who was jailed for 18 months, admitted smuggling in the SIM card but denied being responsible for the other items. In the appeal, her lawyers argued the judge’s decision to hold her on remand overnight demonstrated a ‘hostile attitude’ and affected the quality of her evidence.

They submitted that when the woman gave evidence, the judge posed questions more akin to comment or cross-examination than attempts at clarification.

HHJ John had already directed that the woman’s teenage daughter sit at the back of the courtroom and not approach the dock. He warned the 14-year-old that if she responded in any way during the evidence, he would ‘have the officer arrest you and take you downstairs. And I don’t care if you’re 14; you’ll go into a cell same as anybody else.’

The Court of Appeal said it was not appropriate for the judge to threaten the girl with custody at all - let alone for a facial reaction to the evidence. If he wanted to restrict her input, he could simply have not allowed her in the courtoom.

Appeal judges found substance in four grounds of complaint, which taken together led the woman to think he had taken an adverse view of her case and that she would not get a fair trial.  This may well have handicapped her in giving evidence and resulted in her not receiving a fair trial. The conviction was set aside and the prosecution opted not to seek a retrial.