Equal pay claim against Next

Who? Elizabeth George, partner and head of employment at Pattinson & Brewer in London.

Why is she in the news? The firm has begun legal proceedings against Next in what is believed to be the first equal pay claim against a fashion retailer. The firm believes that the predominantly female store staff receive 24% less on average than those working in the male-dominated warehouses.

Next said in a statement: ‘Next has not been notified by Acas on this matter and is therefore currently unaware of any claims against it. The difference between working in a warehouse and a store at Next is, however, more significant than for any of the retailers now involved in litigation. Next is confident that all its employees are paid legally, fairly and appropriately for the jobs they perform.’

Thoughts on the case: ‘Large group claims of any type can be a logistical headache – large “equal value” claims doubly so. So if good planning and detailed organisation are not your forte, steer clear of these cases. Throw in the layers of procedural wrangling that can characterise equal value claims plus some yet-to-be-settled law and I fully expect a few sleepless nights along the way. But it’s a great case about an issue that I am passionate about and I can catch up on my sleep when it’s over.’ 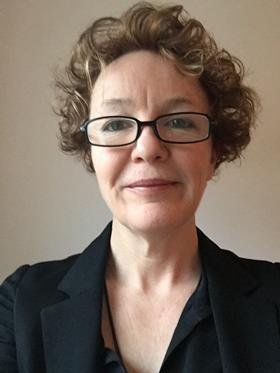 Dealing with the media: ‘I was very excited the first time I had a case reported in a national newspaper. I probably went out and bought 10 copies, mostly for my mum. I even remember the name of the case. I get less excited now, but it is still one of the best ways to get people talking/thinking.’

Why become a lawyer? ‘It ticks all the boxes: I like a good debate, I enjoy a challenge, I hate injustice and I love solving problems.’

Career high: ‘That case when you know your involvement made a positive difference.’

Career low: ‘That case when you know it didn’t.’