Who? Nicola Rabson, global head of employment and incentives at Linklaters.

Why is she in the news? Linklaters successfully acted pro bono for Dr Kevin Beatt, a consultant cardiologist and NHS whistleblower, who was sacked for raising safety concerns. Beatt won his case against Croydon Health Services NHS Trust in the Court of Appeal. 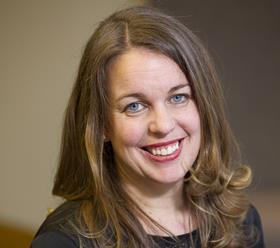 Thoughts on the case: ‘Common sense prevailed. The case is important, both morally for our client Dr Beatt and legally, because the Court of Appeal clarified that there are different tests for ordinary unfair dismissal for misconduct and for automatically unfair dismissal for whistleblowing, including where the making of statements is the reason for the dismissal because the employer does not believe such statements to be protected disclosures. Underhill LJ confirmed: “In my view it is clear that, where it is found that the reason (or principal reason) for a dismissal is that the employee has made a disclosure, the question whether that disclosure is protected falls to be determined objectively by the tribunal”.’

Dealing with the media: ‘We did not court the media, although a number of journalists have followed the case and given a very balanced view of the proceedings.’

Why become a lawyer? ‘I thrive on constant challenge and as an employment lawyer, no two days are the same. At the same time I wanted to be able to effect change and I have been lucky enough to work on several cases, especially in relation to bonus matters, that have influenced the law.’

Career high: ‘My appointment as a partner at Linklaters was a high point and lately, to lead the Linklaters LGB&T ally initiative.’

Career low: ‘In 2012 I had major spinal surgery and consequently quite a lot of time out. This meant that I could not progress my matters or help my clients for several months. It was really difficult to have little input into the conclusion of matters that I had been leading for several months, or in some cases years – but at the same time pleasing to see the team cope so well and continue to conclude the matters successfully.’