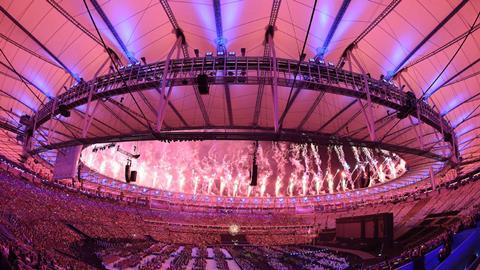 A tale of two decisions: Olympic and Paralympic

Why were some Russian Olympians allowed to compete in Rio but all of its Paralympians excluded?

Pierre de Coubertin, founder of the International Olympic Committee, said: ‘The Olympic Games were created for the exaltation of the individual athlete.’

One might contend that the modern Olympic movement is more a commercial proposition involving sponsors and states than the ancient athletic test it once was.

And that has never been more apparent than at Rio where an attachment to the Russian state led to a presumption of guilt or collective responsibility for its Olympians and a complete rejection for every single one of its Paralympians. The bizarre result was that some 271 of Russia’s able-bodied athletes were allowed to compete whereas those with a disability had no such prospect.

So how did this come about? The Code of Ethics of The International Olympic Committee (IOC) sets out the Fundamental Principles which, at Article 1, include respect for human dignity, rejection of discrimination of any kind on whatever grounds, rejection of all forms of harassment and abuse, be it physical, professional or sexual, and any physical or mental injuries. Evidently individual rights matter and discrimination, on any basis, could not be tolerated. The Code of Ethics of The International Paralympic Committee (IPC), at Section 1, similarly pledges to safeguard the dignity of the individual and of the sport and fight against any discrimination.

To understand how the two sets of athletes were treated differently without there being discrimination, a failure to respect human dignity or breach of the IOC/IPC codes one needs to examine the decisions of the IOC Executive Board and the Court of Arbitration for Sport (CAS) on appeal.

Decision of IOC Executive Board: Russian athletes’ participation in the Olympic Games

The IOB EB considered, inter alia, the report by Prof McLaren, which found that there was a complex state-run doping program from at least late 2011 until August 2015. On the basis of that report all Russian athletes seeking entry were considered to be affected by a system subverting and manipulating the anti-doping regime and, under those exceptional circumstances Russian athletes in any of the 28 summer sports would have to assume collective responsibility.

In short the presumption of innocence would not be applied. Significantly the IOC EB then weighed this against the application of natural justice, individual justice ‘to which every human being is entitled’ with the result that every affected athlete was entitled to an opportunity to rebut the applicability of collective responsibility. A set of strict criteria had to be met to the satisfaction of the athletes’ International Federation and upheld by an independent expert.

This was a high bar, at short notice (12 days before the Olympics were due to start), but it wasn’t a blanket ban and it acknowledged individual rights and the need to temper collective responsibility for the state’s actions. There was another crucial aspect to the decision; it took note of the fact that there was no finding in the McLaren report against the Russian Olympic Committee (ROC) as an institution and thus action, such as suspension of its membership, was not taken.

The IPC similarly considered the report by Prof McLaren yet took a different approach: it decided to suspend the Russian Paralympic Committee (RPC) from its membership with the consequence that not a single Russian Paralympic athlete would be eligible to compete. This then pulled the membership rug from under every Paralympian; essentially the IPC asserted the RPC was not fit for purpose because it was operating in a territory promoting the use of prohibited substances and methods and there was no possibility of the RPC fulfilling its own anti-doping obligations towards the IPC.

This then was an attack on the RPC itself and it appealed to CAS. Part of that appeal relied on the fact there was no finding in the McLaren report against the RPC as an institution. It was not directly or indirectly implicated and did not control the staff or laboratories specified. It pleaded for a measure that allowed individual Paralympic athletes to compete rather than being subject to a blanket, immoveable ban. Essentially it asked for parity of justice, equality with Olympic athletes.

CAS accepted that there was no evidence to establish knowledge, complicity or involvement by the RPC and insufficient basis to draw an inference to that effect. It decided however that the very existence of the system described in the McLaren report meant that the RPC was in breach of its obligations and conditions of IPC membership. It further decided that as the proceedings were based on an arbitration agreement and the parties were the RPC and IPC that privity excluded Russian para-athletes and their rights.

From this came the following conclusion: ‘Questions of athletes’ rights that may not derive from the RPC… such as rights of natural justice, or personality rights, or the right to have the same opportunities as those afforded to Russian Olympic athletes by the IOC.. are not for this panel to consider.’ This it said, was not a ‘collective sanction’ case but whether the IPC was entitled to suspend one of its members. It was.

In distinguishing the decision CAS has effectively enabled a result that is remarkable for its injustice: Russian athletes who, through disability, are affiliated to the RPC are ineligible to compete or to assert any individual rights. They are denied natural justice and the opportunity to rebut collective sanction or the presumption of guilt.

In the words of CAS: ‘The fact that the suspension of the RPC reflexively affects Russian para-athletes in so far as they derive a legal position from the RPC is a logical and natural consequence of the simple fact that the IPC allows for legal persons… to obtain membership.’

It seems the Paralympic Games are a far cry from the exaltation of the individual athlete. The individual athlete may be no more than a derivative of his committee, federation or state, acquiring rights (and penalties) through association. Human dignity, discrimination and individual human rights need only be respected where they are engaged and, for the Russian Paralympian, the sins of the state can extinguish the voice.

No one doubts that strong action had to be taken but banning every Paralympic athlete and allowing a two-tier system that only affords Olympic athletes to have the chance to compete can’t be right.

Dan Hyde is a partner at Howard Kennedy LLP