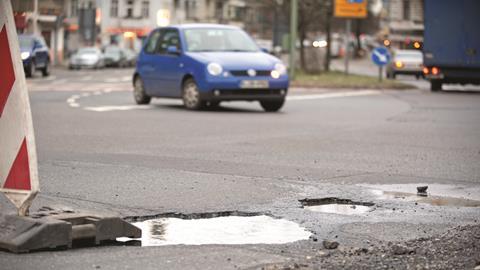 Barnsley in a hole

Huge amounts of local authority cash are apparently plunging down potholes. And it seems the cursed cavities are getting even greedier.  Earlier this year, councillor Martin Tett, the Local Government Association’s transport spokesman, said that 2017 ‘could be a tipping point year regarding potholes’. For local authorities that have ‘experienced significant budget reductions, now face the looming prospect of a bill of £14 billion to bring the nation’s roads up to scratch’. This is apparently despite a government allocation announced last November of £70m for 2017/2018 to fix potholes.

So when Barnsley Council got hit with a personal injury damages claim it must have breathed a corporate sigh of relief when, at first instance, the district judge dismissed the claim.  In his view, although the pothole in question was ‘dangerous and actionable’, the council had a defence under section 58 of the Highways Act 1980. Nevertheless, the authority’s legal road ahead had its own pitfalls. For a circuit judge later overturned this decision. And on 2 February 2017 the Court of Appeal by a majority agreed, deciding that in the circumstances section 58 did not protect the council. The case in question was Crawley v Barnsley Metropolitan Borough Council [2017] EWCA Civ 36 (Briggs and Irwin LJJ with Jackson LJ dissenting).

In the late afternoon of 27 January 2012 a member of the public telephoned the council to report the presence of deep potholes in Hill Top Avenue, designated as a ‘local access road’. This was subject to annual inspection, being at the bottom of the authority’s carriageway hierarchy. As Jackson LJ noted, the call centre operative logged a note of the call on the council’s computer system and forwarded it to the highway inspectors. However, the ‘council took no further action that day’ for the ‘message simply sat on the council’s computer system, or perhaps on a cloud somewhere, over the weekend’.

However, it was next evening, on 28 January that the material event occurred. For the claimant then went jogging, running across Hill Top Avenue on his way home. But he unfortunately stepped into the offending pothole, lost his balance and fell. He consequently suffered injury to his left ankle which left him unable to bear weight on it for 10 days. On Monday morning, 30 January, Stuart Macey, the council’s highways inspector, became aware of the computer message. He consequently inspected the damage, reported it and ordered that it be repaired within 24 hours. The pothole was duly filled and repaired next day, 31 January.

When the claimant claimed negligence and breach of statutory duty on the part of the council it denied liability. He therefore issued the proceedings in question.

Relevant law and code of practice

Under section 41(1) of the Highways Act 1980, the council as the relevant highway authority was under a duty to maintain Hill Top Avenue as a highway maintainable at the public expense. However, section 58(1) offers a defence if an authority can prove that it ‘had taken such care as in all the circumstances was reasonably required to secure that the part of the highway to which the action relates was not dangerous for traffic’. Section 58(2) specifies various matters to which a court must have regard in considering a section 58(1) defence. These include: the standard of maintenance appropriate for a highway of that character and used by such traffic; the state of repair in which a reasonable person would have expected to find the highway; and whether the highway authority knew, or could reasonably have been expected to know, that the condition of the part of the highway to which the action relates was likely to cause danger to users of the highway.

The court also referred to the non-statutory Code of Practice for Highway Maintenance Management: Well-maintained Highways (the Code). This was ‘compiled by a number of bodies concerned with road safety, including [the] Department of Transport’ and contains ‘helpful and well-informed guidance’. In paragraph 9.4.18 this places defects in

two categories: 1. those requiring prompt attention as representing ‘an immediate or imminent hazard or because there is a risk of short-term structural deterioration’ and 2. ‘all other defects’.

Jackson LJ noted that when the matter came on the appeal below before His Honour Judge Robinson, the evidence was that the council operated a two-tier system in evaluating road defects. This meant that a complaint was referred to a member of the emergency standby team only if the information came from a member of the emergency services and the location of the reported defect was on the main road or outside a school, hospital or similar. In other circumstances, the complaint would be logged on the system and dealt with by an inspector in the ordinary way.

The consequence of this was that a ‘complaint made on Monday to Thursday from a member of the public would be considered by a highways inspector on the next day, but a complaint made on Friday would suffer a delay of at least two days before being dealt with – more over a bank holiday weekend’. But, said Judge Robinson, while it was ‘reasonable to deal with complaints reported on Monday to Thursday on the very next day’ there was ‘no justification other than resource-based justification, for dealing with complaints made on Friday any differently’. However, in the light of Wilkinson v City of York Council [2011] EWCA Civ 207, ‘shortage of resources is irrelevant when considering the adequacy of measures taken to secure the safety of the highway’.

Judge Robinson also considered that the ‘council’s staff should have been trained to evaluate reports from third parties about road defects’ or ‘should have been instructed to forward all such information to an “on-call” highways inspector’. But there was ‘no evidence that the council gave … its call centre staff any such training or instruction’. In the circumstances, the circuit judge allowed the claimant’s appeal, whereupon the council in turn appealed. It contended that: ‘The district judge was entitled to find as a matter of law that the council had established the statutory defence set out in section 58 of the 1980 act’.

In the view of Briggs LJ, the starting point was that the pothole was a Category 1 defect (within the meaning of the code) because its presence represented an immediate or imminent hazard. And once so recognised this ‘needed immediate attention, either by immediate repair or by being rendered safe by the immediate placing of a notice, by fencing or coning, followed by repair as soon as possible’. The immediate attention requirement was eventually accepted in cross-examination by the council’s inspector, Mr Macey.

In the circumstances, Briggs LJ considered that: ‘The council’s system failed the s.58 test not because, had reasonable steps been taken, the injury would definitely have been prevented. It failed because the system suffered from the built-in flaw that reports of potentially serious defects would not be evaluated at all by someone with the requisite skill out of working hours, unless they came from members of the emergency services.  That was the key to Judge Robinson’s reasoning, and I agree with him.’

Irwin LJ agreed: ‘It may be perfectly reasonable to have a reduced staff and activity over a weekend, but there must be some means of responding quickly to complaints from the public of serious and dangerous defects in the road.’

Potholes are a modern menace for all road users and the case highlights the need for highway authorities to have suitable systems enabling them to act rapidly and appropriately to reports of hazardous road defects. For, as indicated, limited resources offer no defence.

Nicholas Dobson is a consultant at Freeths LLP specialising in local authority law and local governance.