On 12 July, the government published its much-anticipated Brexit white paper on the future relationship between the UK and the EU. Secured in cabinet sessions at Chequers, the proposals broadly cover post-Brexit economic and security partnerships, cross-cutting cooperation, and institutional arrangements under the familiar but increasingly threadbare banner of ‘taking back control’. To the surprise of few, the plan was immediately criticised by Brexit hardliners as defeatist, diluted and dispirited. To the surprise of many, including the prime minister herself, it prompted the resignations of foreign secretary Boris Johnson and secretary of state for exiting the EU David Davis. 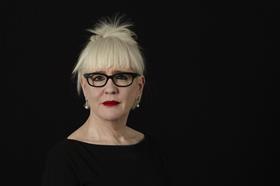 Though the white paper reiterates the government’s commitment to end free movement and continue to reduce net migration, it failed to provide specific policies with regard to the post-implementation period domestic immigration system for EU nationals.

Despite the absence of detail, however, the document offers hints about the government’s ambitions for a general framework for mobility, from which several potential future policies may be gleaned.

The white paper suggests that a reciprocal structure for EU migrants be introduced to include routes for businesses to move their ‘talented’ people, as well as for intra-company transfers. These provisions appear compatible with Tier 2 of the Points-Based System (PBS) which is intended for skilled, non-EEA/non-Swiss workers seeking to come to the UK for a sponsored job that cannot be filled by the resident workforce.

It remains unclear whether this will be the government’s system of choice and, if so, whether the requirements will be the same for EU citizens – for example, salary, length of employment and sponsorship. Nor does the government touch on the likelihood of an annual cap for EEA/Swiss workers, such as the one that already exists under Tier 2 (General) and which has been met continuously since December 2017. The white paper also discusses the possibility of short-term visas for scientists and researchers, the self-employed, investors, and employees providing services.

The government intends to create a reciprocal visa scheme for EU and UK youth similar to the Tier 5 Youth Mobility Scheme now in place for non-EU nationals from select countries. Such a programme would be intended to promote social, cultural, and educational learning opportunities between the UK and EU member states.

Future EU tourists and business visitors will likely be permitted to enter the UK in line with the current arrangements for non-EU, non-visa nationals. Under such a system, EU citizens would be able to travel to the UK (and UK citizens to the EU) for short tourism trips or ‘clearly defined’ business purposes without requiring a visa. Assuming an analogous scheme, permission would be able to be obtained at the port of entry, as is the case now with non-visa nationals entering the UK for similar reasons.

The UK proposes reciprocal access to some public services for UK and EU nationals. This would include ensuring individuals only pay pension contributions into one nation’s system at a time and continue to access vital services such as healthcare.

Currently, the Registered Traveller scheme enables expedited entry for registered non-EU citizens from select nations who frequently travel to the UK. The white paper proposes a similar agreement be made with the EU. This will be important for areas such as Gibraltar, where thousands of people cross the Gibraltar-Spain border daily.

The white paper states that none of the negotiated arrangements will affect the ongoing special status of the CTA arrangements between Ireland, Crown dependencies and the UK.

In her speech at the 2016 Conservative party conference, Theresa May stated that ‘Brexit means Brexit’. Astonishingly, nearly two years on, a fleshed-out explanation of this statement eludes us. More problematically, as the December 2017 Joint Report on Brexit noted, ‘nothing is agreed until everything is agreed’. And with several complicated issues still to be negotiated, including the issue of the border between the Republic of Ireland and Northern Ireland, failure to reach agreement on one could sink an entire deal.

While there is an implementation period lasting through 2020 before the UK separates from the EU, the effects of Brexit on the labour market are being felt. Most recently, the government’s Office for National Statistics released net migration figures from the first full year since the referendum. These showed that EU migration fell to its lowest point in five years, further exasperating businesses already concerned about future labour and skills shortages.

Moreover, though employers welcomed what little detail the white paper did provide on the government’s proposed future mobility framework for EU migrants, there remains little clarity on how a post-Brexit immigration scheme will be implemented. Concerns over costs, potential annual caps, ease of use and timeliness continue to pose challenges to businesses trying to prepare for the future.

Unfortunately, employers will have to wait for any clarity on the post-Brexit immigration system. The government declined to release details of its plan until after the Migration Advisory Committee issues its report on patterns of EU migration and the role that migration from the EU has played in the UK’s economy. This is not due to be published until September 2018.