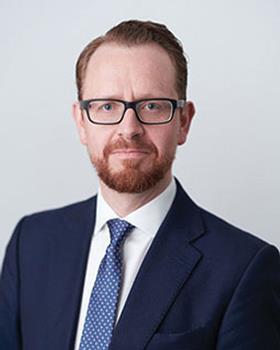 Many in the profession have eagerly (some nervously) awaited the judgment in Tillman v Egon Zehnder Ltd [2019] UKSC 32. It is the first case on restrictive covenants in employment contracts to be heard by the Supreme Court (and House of Lords before it) in more than 100 years. The potential importance of the decision was not lost on employment and partnership lawyers, who are often instructed to advise on restrictive covenants, but also law firms, partners and LLP members, as well as employed solicitors.

Restrictive covenants aimed to protect business secrets, trade connections or maintain a stable workforce are commonplace in the contracts of senior executives across financial services and professional services, as well as in partnership and LLP agreements. Generally, restrictive covenants will be void as being in restraint of trade, unless the employer has a legitimate proprietary interest and the protection sought is reasonable having regard to the interests of the parties and the public interest. In general, partners and LLP members can be bound by harsher restrictive covenants (though arguments can be made that LLP members should be treated more like employees). Tillman is an employee case, but the issue of severance is likely to have a wider impact.

Ms Tillman was hired by Egon Zehnder Ltd in January 2004 and resigned in January 2017, later notifying her employer that she wished to start working for a firm carrying on a similar business. There was a six-month non-compete clause in her contract of employment, which restricted her being ‘directly or indirectly engage[d] or be concerned or interested in’ a competitor business, after termination of her employment. Tillman argued the non-compete clause was void, in particular, being ‘interested in’ a competing business was too wide as it would prevent her from holding a minor shareholding in a competitor (where the contract permitted her to hold up to a 5% shareholding during the course of her employment).

The Supreme Court considered first whether a prohibition on holding shares in another business falls outside the restraint of trade doctrine altogether (based on a hypothesis that Tillman’s construction of the words ‘interested in’ was correct). The court found it was not surprising that the employer wanted to restrict Tillman from holding shares in a competitor after termination, noting the employment of a top executive is frequently subject to conditions that she should hold shares or be remunerated in shares or options to purchase them. Restraining her ability to hold shares was part of the restraint on her ability to work in the immediate aftermath of her employment. The covenant were therefore within the doctrine of restraint of trade.

The employer then sought to invoke the validity principle, which provides that where a clause is capable of having two meanings, one which would result in its being void but the other resulting in its being valid, the latter is preferred. The Supreme Court confirmed this principle is engaged where a ‘realistic’ alternative construction can be found. The employer was unable to advance any ‘realistic’ alternative construction. Therefore consistent with authority and natural usage, the word ‘interested’ in the covenant covered a shareholding. So, given a shareholding was conceded to be in unreasonable restraint of trade, unless the court was willing to sever it, the clause was void.

On the most important and interesting aspect of the appeal, severance, the Supreme Court held that the words ‘or interested’ could be deleted from the offending clause to remove the unreasonable effect and rescue the covenant. In doing so, the Supreme Court reversed longstanding Court of Appeal authority and provided guidance on the approach to be adopted, which is:

l the objectionable words must be capable of being removed without the necessity of adding to or modifying the wording of what remains;

l the remaining terms must be supported by adequate consideration (unlikely to be an issue in the usual post-employment situation); and;

l the removal of the objectionable words would not generate any major change in the overall effect of all the restraints, which is for the employer to demonstrate.

In future, employers are likely to argue more frequently that a bad covenant can be rescued by the deletion of words. However, there is considerable uncertainty as to what, ‘any major change in the overall effect of all the restraints’ means.

Furthermore, real uncertainty remains as to what proportion of costs a winning employer ought to recover, if any, where a court is asked to carry out surgery on a covenant to make it enforceable. The Supreme Court referred to the burden of clearing up unreasonable parts of covenants and, in inviting submissions on costs, noted there might be a ‘sting in the tail’. It may yet be that success in saving the covenants comes at a heavy commercial price. In future, employers who, emboldened by Tillman, overzealously draft restrictive covenants with an eye to an obliging blue pencil, risk being the subject of a legal parable of the costs verses benefits of doing so.

The ruling will also inevitably refocus attention on the commercial importance of ensuring that restrictive covenants are carefully tailored to the particular employee and kept under review, particularly on promotion or acquisition of a business.

Ivor Adair is a partner at Fox & Partners, London