On 11 May 2009, Harriet Harman (pictured below), moving the second reading of the Equality Bill (now the Equality Act 2010), said that: ‘… equality matters because it is right as a question of principle, and it is necessary as a matter of practice. It is essential for every individual. Everyone has the right to be treated fairly, and everyone should enjoy the opportunity to fulfil their potential.’ Sentiments no doubt universally accepted. However, the 2010 act is functionally pervasive and regularly features in public authority challenges. And in terms of scarce public resources, this is expensive and time consuming. 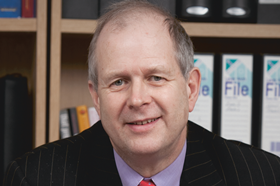 Judicial review, of course, concerns the lawfulness rather than the substance of decisions. So, when on 7 October 2019 in Simone and others v Chancellor of the Exchequer and Secretary of State for Education [2019] EWHC 2609 (Admin), Lewis J had to determine a ‘claim by three claimants challenging decisions by the chancellor of the exchequer and the secretary of state for education relating to the provision of funding for special educational needs’, he pointed out: ‘The role of the court is not to assess or determine the merits of educational and social policy or to allocate resources between competing needs.’ For its task ‘is to determine whether, in making particular decisions, or exercising specific functions, a public body has complied with its statutory duties and the relevant principles of public law which govern the exercise of such functions’.

The claimants were three children, acting through their mothers as litigation friends. The mothers were concerned that central government funding is inadequate to ensure that local authorities comply with their statutory duties to assess special educational needs (SEN), prepare education and health and care plans (EHCPs under section 37 of the Children and Families Act 2014), and to secure that special educational provision is made (per section 42(2) of the 2014 act). 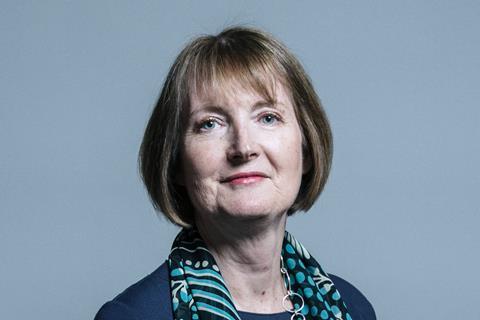 The claimants challenged the October 2018 budget and the ongoing failure to allocate sufficient resources for SEN (most recently on 16 December 2018). They contended that the 2018 budget did not include provision for additional allocations of funds for high needs (SEN) expenditure and, in particular, failed to allocate funds for a bid made by the secretary of state for high needs capital spending.

There were four grounds of challenge: (i) breach of duty under section 149 of the 2010 act to have due regard to specified equality matters in the exercise of respective functions (PSED – public sector equality duty); (ii) breach of duty by the secretary of state under section 7 of the Children and Young Persons Act 2008 to promote the wellbeing of children in England; (iii) that the defendants’ decisions were irrational (among other things) in the absence of sufficient relevant enquiries into the nature, extent and effects of the funding gap; and (iv) that the decisions involved unjustifiable differential treatment of children with special educational needs in breach of article 14 of the European Convention on Human Rights (prohibition of discrimination).

As to the PSED, Lewis J explained in the light of material case law: ‘In broad terms, the duty is to have due regard to the specified matters, not a duty to achieve a specific result. The duty is one of substance, not form, and the real issue is whether the relevant public authority has, in substance, had regard to the relevant matters having regard to the substance of the decision and the public authority’s reasoning. The absence of a reference to the public sector equality duty will not, of itself, necessarily mean that the decision-maker failed to have regard to the relevant matters, although it is good practice to make reference to the duty, and evidentially useful in demonstrating discharge of the duty.’ And as Lord Neuberger observed in Hotak v London Borough of Southwark [2016] AC 811 (at paragraph 74): ‘The weight and extent of the duty are highly fact-sensitive and dependent on individual judgment.’

Lewis J said it is also ‘helpful to identify the specific functions that a defendant is exercising, as it is in the exercise of its functions that a public authority is under a duty to have due regard to the specified matters’. The ‘question of what regard is due will be influenced by a number of factors including, but not limited to, the nature of the decision being taken, the stage of the decision-making process… and the particular characteristics of the function being exercised’.

In the circumstances, Lewis J considered that the secretary of state did pay due regard to the specified matters in section 149 of the 2010 act (and, in particular, the need to advance equality of opportunity for children and young persons with special educational needs and disabilities), in the process leading to the making of departmental bids for additional funding. In determining the allocation, the secretary of state also had sufficient information, including about the financial pressures on local authorities (and it was not irrational for him to decide that he had sufficient information to take the decision). There was consequently no breach of the section 149 duty.

There was also no breach of the general duty under the 2008 act to promote the wellbeing of children in England. Section 7 is not intended to create an enforceable obligation owed to an individual. Nor was there any breach of article 14, since on the facts there was no differential treatment.

Local authorities clearly need to take PSED decisions with due care and attention. However, as Lewis J reminded, the duty is to have due regard to the specified matters and not to achieve a specific result.