Scope of a holiday provider’s liability

In X v Kuoni Travel Ltd [2019] UKSC 37, the claimant was on holiday with her husband in Sri Lanka on a package holiday purchased from the defendant. While on her way to the hotel reception, she came across a member of the hotel staff, who was employed as an electrician. He offered to show her a short cut to reception, but instead sexually assaulted her. She claimed damages against the defendant for breach of contract and/or under the Package Travel, Package Holidays and Package Tours Regulations 1992 which were implemented in the UK by Council Directive 90/314/EEC of 13 June 1990. 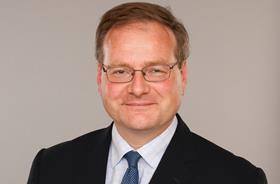 In the Supreme Court, Lord Lloyd Jones (with whom the remainder of the court agreed) considered article 5 of the directive, which obliged member states to take necessary steps to ensure that the organiser and/or retailer party to a holiday contract was liable to the consumer for the proper performance of the obligations arising from the contract, irrespective of whether such obligations were to be performed by that organiser and/or retailer or by other suppliers of services. Regulation 15 of the 1992 regulations implemented the directive. Both the directive and the regulations stated that the basic obligation on the part of the holiday provider to properly perform its obligations could not be excluded by any contractual term.

Lloyd Jones also considered section 13 of the Supply of Goods and Services Act 1982, under which the defendant was required to carry out the services promised under the contract with reasonable care and skill.

The third line of article 5(2) of the directive provided a defence for the holiday provider where the failure in performance of the contract was caused by ‘an event which the organiser and/or retailer or the supplier of services, even with all due care, could not foresee or forestall’. That wording was virtually reproduced in regulation 15 (2)(c)(ii) of the 1992 regulations.

The claimant accepted there was no basis for suggesting that the perpetrator of the assault should have been identified as a risk, and that there was no systemic or organisational negligence. The defendant denied that the assault constituted a breach of any obligations owed by it under the contract, or its improper performance of those obligations, or a breach of the 1992 regulations.

At trial, the judge said that ‘holiday arrangements’ in clause 5.10(b) of the defendant’s ‘Booking Conditions’ did not include a member of the maintenance staff conducting a guest to reception. He also held that the defendant would in any event have been able to rely on the statutory defence under regulation 15(2)(c)(ii) of the 1992 regulations because the assault was an event which could not have been foreseen even with all due care. He also held that the hotel would not have been vicariously liable for the assault as a matter of Sri Lankan law, which it was agreed was the same as English law for these purposes.

The Court of Appeal agreed that ‘holiday arrangements’ did not include a member of the maintenance team, known to be such to the hotel guest, conducting the guest to the hotel’s reception. Moreover, the perpetrator could not be a ‘supplier’ within the meaning of clause 5.10(b) of the Booking Conditions or regulation 15. The majority of the court considered it unnecessary to decide the question of the hotel’s vicarious liability over the perpetrator’s conduct because even if the hotel were liable, the defendant could nevertheless rely on the statutory defence incorporated into its Booking Conditions. The appeal would be dismissed.

Lloyd Jones said  the issues before the Supreme Court were: (1) whether the assault constituted improper performance of the obligations of the defendant under the contract; and (2) if so, whether any liability of the defendant in respect of its conduct was excluded by clause 5.10(b) of the Booking Conditions and/or regulation 15(2)(c) of the 1992 regulations.

The parties before the Supreme Court had requested a preliminary ruling from the Court of Justice of the EU specifically on the second issue (it is assumed that the first issue remains live). It was agreed that clause 5.10(b) was intended to replicate the terms of regulation 15(2)(c) which, in turn, was intended to implement article 5 of the directive. It was further agreed by the parties that liability under regulation 15 could not be excluded by any contractual term (regulation 15(5)). Due to the importance of these issues for package holidays in general, ABTA (formerly the Association of British Travel Agents) had joined itself to the appeal before the Supreme Court.

Lloyd Jones decided two questions would be put to the European court, on the basis that it would be asked to assume that guidance by a member of the hotel’s staff to the reception was a service within the ‘holiday arrangements’ the defendant had contracted to provide and the assault constituted improper performance of the contract.

Where there had been a failure to perform or an improper performance of the obligations arising under a contract to which the directive applied, and that failure to perform or improper performance was the result of the actions of an employee of a hotel company, was there scope for the application of the defence set out in the second part of the third line to article 5(2) – that is, an unforeseen event which the holiday provider could not foresee or forestall? And, if so, by which criteria was the national court to assess whether that defence applied?

Where a holiday provider entered into a contract with a consumer to which the directive applied and where a hotel company provided services to which that contract related, was an employee of that hotel company himself to be considered a ‘supplier of services’ for the purposes of the defence under article 5(2)?

The implications of the European court’s decision will be significant for the travel industry. Regulation 15(2) of the 1992 regulations provides a statutory defence for the holiday provider where something unforeseen occurs, and it was agreed that this was just such an unforeseen event. If the European Court reduces the effect of that statutory defence, then the liability of a holiday provider will be very much widened.