Following the Supreme Court decision in Harcus Sinclair v Your Lawyers, law firms have been seeking separate undertakings from individual solicitors. One example from an email is here: 'In light of the decision of the Supreme Court in Harcus Sinclair LLP v Your Lawyers Ltd [2021] UKSC 32, please arrange for your undertaking to be issued personally by a partner/member/director in your firm and not from the LLP itself.'  The question is whether this new approach is either necessary or correct. 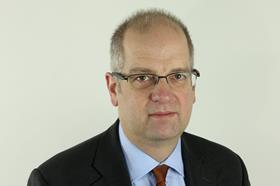 What does Harcus Sinclair v Your Lawyers decide?

The Supreme Court decision confirms the decision made by the Court of Appeal in March 2019 that the court’s inherent jurisdiction over solicitors as officers of the court only applies to individual solicitors and not the entities in which many now work. That means that it is not possible to bring summary enforcement proceedings against an incorporated law firm under the court’s inherent jurisdiction. However, it is still possible to bring a breach of contract claim against the firm (assuming there was a valid contract that included consideration) and to report them to the SRA. Traditional unincorporated partnerships are unaffected by the decision. This is therefore a 'problem' that has existed for over two years but had only now been given prominence by the Supreme Court’s decision.

The Supreme Court clearly thought that it did: 'There can be no doubt that the underpinning of those undertakings by the availability of rapid summary enforcement under the court’s supervisory jurisdiction has been a significant buttress for their reliability, and for the propriety of accepting them as part of the every-day machinery for modern conveyancing. This is not because there is a history of frequent non-compliance followed by court enforcement. Rather, the mere existence of that ready and swift means of enforcement made it inherently unlikely that a solicitor would fail to comply.' (para 127). However, it could be said that the Supreme Court was focussing on the contribution of the inherent jurisdiction to the development of use of undertakings in commercial life. Now they are established, does it remain as important? A summary application to the court is an expensive option compared to reporting a firm to the SRA or indeed threatening to do so.

However it is clear that enforcement through the courts is more problematic if it needs to rely on a contract claim.  That said, licensed conveyancers are not subject to the inherent jurisdiction of the court and that has not had a significant impact.

Would it still be better to get an individual solicitor to give an undertaking?

That was certainly canvassed by the Supreme Court as a method of plugging the gap. The court also made clear that simply having a solicitor sign on behalf of the firm is not enough as they would be acting as agent of the firm. They need to undertake independently of the firm. However this approach is not a complete solution. The Supreme Court described it as 'partial and temporary'. It also said it 'may not always be a satisfactory solution where summary enforcement is sought, if the individual solicitor lacks the power within his or her incorporated law firm to ensure that compliance occurs.' As a result any undertaking would need to be given by a partner. There is also a question as to whether this type of arrangement would have the desired effect. The court's inherent jurisdiction is discretionary (see for example Coll (Frederika) v Floreat Merchant Banking Ltd [2014] EWHC 1741 (QB). The court may therefore be less likely to make an order against an individual solicitor in these circumstances. The solution may therefore be illusory.

Should I give an individual undertaking if asked?

The giving of undertakings should always be approached with caution. Clearly the purpose of seeking the individual undertaking is to make that individual solicitor personally liable. A solicitor will need to satisfy themselves that the undertaking is clear as to its wording (as it will be construed against the giver) and that they are able to control its performance.

Are there other solutions?

None were mentioned by the Supreme Court but an alternative route may be to ensure that the undertaking is enforceable as a contract. This means there must be adequate consideration or the undertaking is executed as a deed. In the latter case, there may be issues as to obtaining specific performance as again that is a discretionary remedy. It may well be that the Law Society issues guidance on the form of wording to an undertaking that would ensure enforceability or market practice evolves to accept this as a standard approach.

The Supreme Court also urged the government to legislate to extend the inherent jurisdiction to entities. This would be likely to include all regulated legal providers. However, if the government is minded to do so it is likely that this would be a longer term solution.