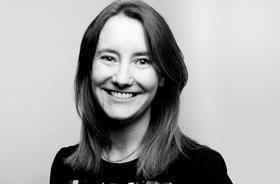 The Criminal Finances Act 2017 (CFA) created two new powers for enforcement authorities in their efforts to commandeer assets that may be associated with criminal conduct. The Unexplained Wealth Order (UWO) and the Account Freezing Order (AFO) are subject to distinctly lower thresholds than their predecessors, and create novel opportunities for the UK authorities to freeze and, ultimately, forfeit the proceeds of crime.

A UWO is a civil power requiring the respondent to prove how they were able to acquire the relevant asset, which will often be accompanied by an application for an Interim Freezing Order (IFO) to prevent the respondent from quickly dissipating the asset. Failure to provide this evidence within the response period results in the asset being presumed to be recoverable property, for civil recovery proceedings.

In relation to the PEP requirement following Mrs A, the determination as to whether an enterprise is state-owned (in order to satisfy the definition of a PEP) is not a matter of foreign law, and a majority shareholding by the relevant state is enough to meet the ownership threshold, bringing a significant swathe of foreign company management, and those connected to them, under potential scrutiny.

Regarding the income requirement, the court characterised the respondent by reference to its finding on the issue of the enterprise being state-owned. This will mean that senior employees of state-owned enterprises, even international bankers at a commercial bank, will struggle to disassociate themselves from the moniker of public servant or state employee, with corresponding income expectations. Of course, this is less significant where the respondent can prove substantial income.

Also significant was the court’s refusal to exclude the applicant’s reliance on a foreign conviction, despite acknowledging that failings in the criminal justice system might have resulted in breaches of the respondent’s right to a fair trial. Following Mrs A, the court appears amenable to reliance on the existence of foreign criminal proceedings or convictions, unless it is ‘a case where the conviction resulted from a confession or torture’. While it is not the role of the court to police foreign judiciary, that property rights in England and Wales could be fettered by an abusive process abroad could result in injustice for the respondent.

Beyond these two clarifications, a respondent should also note that the court determined that a UWO does not offend property rights under article 1, protocol 1 of the European Convention on Human Rights, as the UWO itself does not give rise to a loss of value. Also, the court may attach a penal notice to the UWO at its discretion, making non-compliance by third parties a contempt of court. Finally, a respondent will struggle to assert privilege against self-incrimination, even where the income requirement is met partly on the basis of evidence of criminality, as Mr Justice Supperstone was of the view that the UWO procedure necessarily abrogates the privilege. Clearly, a broad application of the privilege would frustrate the purpose of the UWO, but this approach is still likely to concern respondents who may be required to provide information that implicates them in criminal conduct.

An AFO is an order freezing a bank account to prevent dissipation of funds during an ongoing investigation, with an option to command forfeiture of the frozen funds by notice or by application. It must be applied for at a magistrates’ court, can be made without notice and can be made for a period of up to two years. While the minimum value of an asset that may be subject to a UWO is £50,000, for an AFO the minimum amount is £1,000, suggesting that these powers are aimed at different prosecution targets.

Common to the UWO and AFO, however, is the relatively low threshold required for making the order. The UWO income requirement discussed above requires ‘reasonable grounds for suspecting’, and a supporting IFO will be granted if ‘the court considers it necessary’. The AFO requirement is to the same standard, being ‘reasonable grounds for suspecting that money held in an account is recoverable property’. By contrast, the powers of the court to command assets in private civil proceedings, chiefly by way of a Worldwide Freezing Order (WFO), remains much more tightly controlled. Two of the conditions for the granting of a WFO are that the applicant must have a ‘good arguable case’, and it must be shown that there is a risk that the respondent’s assets would otherwise be dissipated. Consequently, the threshold for the WFO appears, at least at first blush, significantly harder to meet than that for an AFO or IFO, and the onerous disclosure and oversight responsibilities of the WFO import a cost-benefit analysis rarely met in respect of assets of less than £1m. Although there is no guidance yet as to when the court will consider an IFO to be ‘necessary’, it is difficult to imagine how the UWO regime could function effectively if the threshold for an IFO was significantly higher than that for the UWO.

The comparison of the new UWO and AFO regimes with the powers of the court in private proceedings draws into clear focus the draconian potential of these measures, especially following the court’s generous interpretation of the scope and application of these powers in Mrs A (albeit subject to appeal). For now, at least, the CFA appears to be living up to its vaunted ambition.

Celia Marr is an associate at Peters & Peters Solicitors. Emma Ruane (of counsel) and George Pizzey (trainee solicitor) also contributed to this article