The law on mistake

Smith v Stanley [2019] 2 WLUK 174 has several points of interest. Reported mainly because the court intervened to correct the mistakes made, it is the mistakes themselves that are worth attention as they were easily made but carried serious consequences. 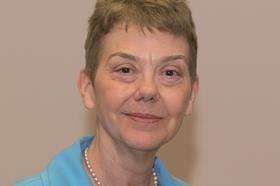 A testator died in 2015 leaving a pecuniary legacy of £4.2m to be held on trust for the benefit of his second wife for life, remainder to his children; the trustees had an overriding power of appointment (clause 4) allowing them to appoint trust funds by deed among a class of discretionary beneficiaries comprising the deceased’s children and remoter issue, his second wife’s children, and remoter issue his sister. The trustees also had power to pay or apply the whole or part of the capital for the widow’s advancement or benefit.

Before the executors had got in the estate, they made some informal distributions at the request of the trustees to the testator’s sister and children totalling £190,000. They then executed a deed of appointment terminating the widow’s life interest in the legacy fund and accelerating the discretionary trusts. That was done on the basis of advice that the appointment would be a potentially exempt transfer for inheritance tax (IHT) purposes. In fact the appointment was immediately chargeable to inheritance tax.

The law on mistake was set out (and simplified) by the Supreme Court in Pitt v Holt [2013] UKSC 26. In order for a transaction (whether entered into by an individual or a trustee) to be set aside for mistake the following conditions must be met:

1. There must be a distinct mistake as distinguished from mere ignorance or inadvertence or a ‘misprediction’ relating to a possible future event. However, forgetfulness, inadvertence or ignorance can lead to a false belief or assumption which the court will recognise as a legally relevant mistake.

2. A mistake may still be a relevant mistake even if it was due to carelessness on the part of the person making the voluntary disposition, unless the circumstances are such as to show that he or she deliberately ran the risk, or must be taken to have run the risk, of being wrong.

3. The causative mistake must be sufficiently grave as to make it unconscionable on the part of the donee to retain the property.

4. The injustice (or unfairness or unconscionableness) of leaving a mistaken disposition uncorrected must be evaluated objectively but with an intense focus on the facts of the particular case.

The executors were not entitled to exercise the dispositive powers conferred on the trustees but they could be taken to have informally assented cash to the trustee and thereafter to have acted on their behalf. However, the pre-appointment distributions were invalid for a different reason. The trustees could not be taken to have made the distributions under the clause 4 power to appoint since this required a deed, but payments had been made informally without a deed. Failing to comply with a requirement of the trust instrument meant that the purported exercise of the power was void.

Nor could the trustees be taken to have exercised the statutory power of advancement contained in section 32 of the Trustee Act 1925. This requires the consent of the life tenant (the widow) which had not been obtained and, in any event, can only be exercised in favour of beneficiaries with a vested or presumptive interest in capital. The children fell into that category but the testator’s sister was merely a member of a discretionary class.

The court was willing to set aside the appointment for mistake. It was clear that ignorance of the tax consequences can be a relevant mistake. This was not a case of tax avoidance where it might have been appropriate to refuse relief. The trustees had simply wanted to end the widow’s interest without adverse tax consequences. The IHT charge would disadvantage the discretionary beneficiaries by reducing the size of the legacy fund. There was an operative mistake justifying rescission.

The case demonstrates two matters for personal representatives and trustees to watch out for. They should distinguish between PRs and trustees. Often one person is appointed to both roles but they are separate offices so it is important to consider which role has which power. Sometimes the trust instrument will state expressly that PRs can exercise the powers of trustees but this is not always the case. It is important to have a clear paper trail if trustees are asking PRs to make payments on their behalf. This is so even if the same people are fulfilling both roles.

They should also look carefully at the formalities required in the trust deed for the exercise of trustees’ powers. Commonly there will be two separate powers: (1) power to appoint which require a deed and will be invalid if a deed is not used; (2) power to apply capital and income at the trustee discretion which normally requires no formalities. Indeed, in this case the discretionary trusts contained an informal power to apply capital (clause 5) and the court confirmed that informal payments made by the PRs on behalf of the trustees following the deed of appointment were valid.

On the upside, remember that where disastrous mistakes have occurred, the court may rescue those who have made them by ordering rescission (though at a cost).

Lesley King is professional development consultant at the University of Law