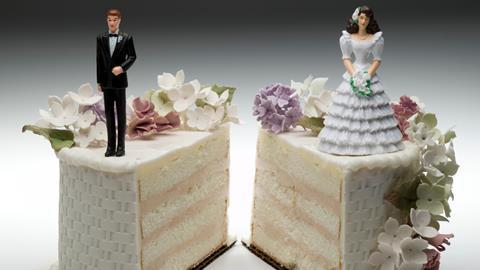 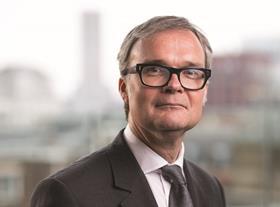 In Hart, Moylan LJ noted however that in Jones the Court of Appeal used both a mathematical and broad approach to determine the fairness of the proposed award and that both methods provided a permissible route to arriving at a fair determination. Moylan J concluded that ‘the court is not required to adopt a formulaic approach either when determining whether the parties’ wealth comprises both matrimonial and non-matrimonial property or when the court is deciding what award to make’.

In adopting the arithmetical approach, valuations of assets at the start and at the conclusion of a marriage can be crucial in identifying and calculating the matrimonial acquest. Despite that, in a string of recent cases courts have raised questions about the reliance which can be placed upon the valuation of shares in a private company.

In Hart, Moylan LJ noted that business valuations are a matter of opinion on which experts can differ significantly and that an investigation can be ‘extremely expensive and of doubtful utility’. The costs incurred in a valuation exercise can quickly become disproportionate.

More significantly, in Versteegh v Versteegh [2018] EWCA Civ 1050, King LJ noted that although a total of £2m had been spent upon experts, the trial judge had been unable to make even a conservative estimate as to the value of the business. She concluded that, ‘considerable unfairness can be caused to either, or both, parties if the approach is to be that in a sharing case, there is an absolute requirement on the court to settle on a valuation (come what may) and that, if the variables render such a valuation to be particularly friable, the court should simply adopt a conservative figure’. The comments in Versteegh were subsequently echoed by the Court of Appeal in Martin v Martin [2018] EWCA Civ 2866.

This issue was considered by Williams J in IX v IY [2018] EWHC 3053 (Fam) and Baker J in XW v XH [2017] EWFC 76. The issue considered in both judgments was the extent to which the Family Court can take into account the ‘latent potential’ or ‘springboard’ within a company. Such issues would not otherwise be reflected in a conventional valuation, which would not properly reflect the work carried out by a party within that business prior to the marriage. As Williams J stated in IX v IY, the issue was whether the pre-marital valuation should be subject to some form of indexation to reflect how the business grew in value of its own momentum during the marriage.

The genesis of the concept is the aforementioned Court of Appeal decision in Jones. In applying the formulaic approach to identify and quantify the marital acquest, Wilson LJ took the further step of adjusting the value of the husband’s shares at the commencement of the marriage to reflect the, ‘latent potential or… springboard’. To reflect the latent potential, Wilson LJ increased the pre-marriage share valuation figure from £2m to £4m, which he acknowledged was ‘highly arbitrary’ but which allowed for passive economic growth in the company during the course of the marriage. He described passive growth being ‘achieved with the assistance of a springboard already in position’ as opposed to growth as a result of contributions made during the marriage.

In IX v IY Williams J took account of the ‘heavy lifting’ which had been undertaken by the husband prior to the marriage. He noted the decision of Holman J in Robertson v Robertson [2016] EWHC 613 (Fam) in which he stated that simply applying the valuation of the shares at the time of the marriage ‘instinctively’ seemed ‘so unfair to the husband… and so over-generous to the wife’.

Williams J also noted the comments of Mostyn J in WM v HM [2017] EWFC 25; in which he questioned ‘how could it be said that a day’s work in 1980 in creating this company was less valuable than a day’s work last week?’.

Williams J concluded that ‘the weight of authority would support an approach which seeks to identify and to take into account any latent potential that a business asset had when it was brought into the marriage by a party. The authorities would also support an allowance for the passive growth of that latent potential during the course of the marriage. How that is to be done will depend on the facts of the individual case’.

In XW v XH, Baker J disagreed with the approached adopted in Robertson (treating 50% of the value of the business as having been created pre-marriage) and WM v HM (adopting a straight-line approach to the increase in the value of the business). He stated that it was appropriate ‘to look… at the reality of what actually happened, rather than proceed on an artificial assumption of a straight line growth from the date of foundation of the business up to the eventual sale’. Baker J concluded that there was ‘a significant, though unquantifiable, latent potential in the company at the date of the marriage which is not reflected in the formal valuation’.

Andrew Newbury is a partner at Hall Brown