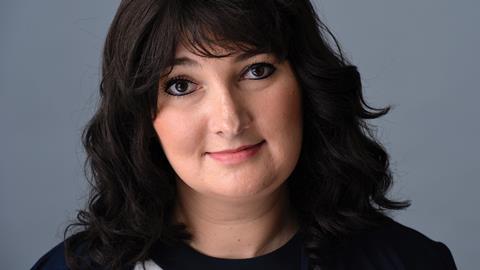 It was my parents who first suggested I should become a lawyer – mainly because I spent a lot of time arguing with them! I was born in Russia, so law was also considered a safe career option, or a stepping stone to other professions. However, it was not until I started work experience as a paralegal in a small criminal law practice that I knew I really wanted to be a lawyer. I realised I could make a huge difference to people’s lives.

My work experience was only meant to be for two weeks over Christmas – but I enjoyed it so much that I did my training with the same firm. Although it was only a small high street practice, it was focused purely on criminal work, so I got the chance to be involved in a vast range of different cases, ranging from shoplifting through to cases involving serious historic sex offences and the largest drug importation into the UK. I qualified in 2010 while at the same firm after completing my LLB and LLM at University College London and then my LPC at BPP Law School.

My next career move led me to a mid-sized firm in the City, where I continued to focus on criminal law and also qualified as a duty solicitor. However, my Russian roots began to lead to client work from within the Commonwealth of Independent States.

Many of those clients were facing fraud or money laundering investigations, as well as extradition. So my career naturally progressed into this field and led me to specialising in cases relating to financial crime.

There is a major problem with the asylum system, which is being misused by fraudsters who are evading justice. Some are stealing colossal sums of money in their countries of origin

I work both with individuals and CIS governments. But it is the government work which can be most challenging because some have bad reputations. English law enforcement authorities and the Home Office tend to have preconceptions about those governments, believing that prosecution is politically motivated and not due to financial crime. This makes it difficult to establish a good working relationship between my clients and the UK authorities, and to convince them to listen to the facts rather than be swayed by reputation.

I have a good working relationship with the London embassies of a number of the CIS states as well as with local law firms in those states. Cases usually land on my desk following referrals or word of mouth. The vast majority involve large-scale frauds and money laundering, and most are very high-value, involving millions or even billions.

One of my most interesting cases, which is still ongoing and which I have been involved with for the past eight years, involves a huge CIS bank fraud amounting to around $10bn. There are so many different aspects to it that it is setting new rules and precedents here in England as well as in other jurisdictions, making it incredibly challenging and exciting. Some of the smaller cases where I have defended people against miscarriages of justice have also been memorable, especially in cases where I have represented vulnerable youths or clients with mental health issues.

I also deal with coroner’s inquests. I am acting for the family of a 21-year-old Kazakh student who tragically fell to her death from the window of her rented flat in the summer of 2018. I am representing the deceased’s family in a coroner’s inquest into the circumstances of her death to get some answers as to what led up to this tragedy.

There is a major problem with the asylum system, which is being misused by fraudsters who are evading justice. Some are stealing colossal sums of money in their countries of origin, and then fleeing and claiming asylum in the UK and other jurisdictions on the basis that they are politically persecuted, when often that is not the case. In doing so, they can avoid being extradited and prosecuted for the crimes they’ve committed and can get their details blocked from the Interpol database. It is a loophole that needs to be addressed.

I understand the preconceptions people may have about some of the governments and individuals I work with. But my priority is to ensure my clients get the justice they deserve.