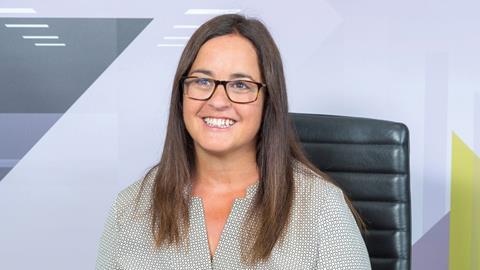 Partner in the London office, leading the international arbitration practice

I joined the legal profession because it is challenging and comes with opportunities to work internationally. When I was 18, I took a gap year and worked in Atlanta, Georgia. It was the first time that I had worked abroad, and I realised then that I would like an international career.

I studied politics at the London School of Economics and then a master’s at the LSE in financial and commercial regulation. When thinking about career options, I considered law to be a good way of combining my interests in business and politics.

The international arbitrations I work on involve parties, counsel and tribunals from all around the world, and disputes across different sectors and industries. I act as counsel on both commercial and investor-state arbitrations. These are two different types of arbitration. Investment arbitrations are brought by foreign investors against states. International law comes into play and the dynamics can be different because a state is involved.

In addition to acting as counsel on cases, I am also regularly nominated or appointed as an arbitrator. I am sitting at the moment as a chairperson, sole arbitrator and co-arbitrator. This gives me a different perspective. I am happy in the role and my experience from working in different countries – the UK, France, Egypt, the UAE and Qatar – certainly helps.

'Change is still slow in terms of the representation of women in arbitration, especially at the more senior level and in the appointment of women as arbitrators. It is extremely rare to come across an all-woman tribunal'

One of the challenges I come across in arbitration is when parties sometimes try to frustrate proceedings by using guerrilla tactics. The name says it all. You need to have your wits about you. There should be more of a uniform and focused approach across the global arbitration community to deal with this.

Change is still slow in terms of the representation of women in arbitration, especially at the more senior level, and in the appointment of women as arbitrators. Tribunals are often all-male and it is extremely rare to come across an all-woman tribunal. Maybe in time, as younger lawyers come through the ranks, this will change.

Commercial arbitration works differently across countries, and there are differences in approaches, procedures and laws. You need to be familiar with the specific jurisdiction when you are engaged on an arbitration, and ensure you have all aspects covered.

After several years practising in London, I worked in Cairo for over seven years, two years in Doha and a year in Dubai. In Cairo, I practised at a boutique arbitration firm which was a leading firm in the region, and then became the first head of international arbitration at one of Egypt’s largest law firms. The work in Cairo was exceptionally interesting. I moved to Egypt a year before the Egyptian revolution in 2011 and, after the revolution, there was an increase in disputes, especially in investment arbitrations. In Doha, I taught international arbitration. There are, of course, differences between working cultures in London, and Africa and the Middle East. The pace is different even though the deadlines are the same. There’s a difference in the languages spoken too. In Cairo, Arabic is the main language. In Doha, there are a large number of expats so English is more widely spoken.

The profile of arbitration has changed in the 20 years since I first started out. More countries now have their own arbitration centre, countries have introduced arbitration laws, and there are conferences, networking groups and many more opportunities for young lawyers.