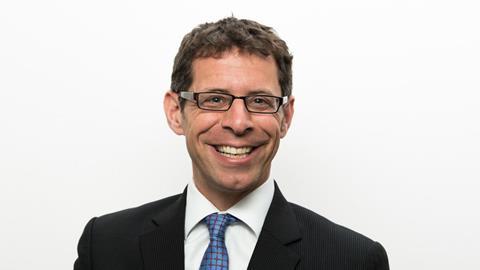 My parents, brother and uncle were lawyers. I was only dimly aware that people did other jobs.

I did law at Manchester University and still recall snippets of what I learned, particularly the ‘industrial law’ course with Hazel Carty and Diana Kloss. I found my training contract pretty brutal but became adept with the photocopier.

From a professional standpoint, running two five-week trials back to back was the toughest thing I did. I hardly saw my kids for weeks. Had the first trial not settled on the opening day I have no idea how we would have got the second one ready. I have learned much more about planning my workload sensibly since then.

Setting up an employment team from scratch at a large firm, building something I was proud of and then, two and a half years later, leaving with colleagues to form BDBF – while trying to keep clients and the team happy and stay on top of the law – was really challenging.

Winning Beck v CIBC in each of the four contested hearings was the most memorable experience I have had as a lawyer. We were alleging age discrimination against an employee who had reached the ripe old age of 42.

I have a least favourite interpretation of employment law, namely the line of cases that say employers can dismiss or maltreat people for the way they blow the whistle, as opposed to the fact that they have done so. It allows bad employers to get away with far too much.

When I started in employment law it was just an offshoot of either the commercial litigation or corporate teams. Very few firms had standalone departments. It was also a new discipline and we felt like pioneers making our way over virgin territory.

In those days all employment lawyers had equal comfort in the Employment Tribunal and the High Court and were able to cover a broader range of work. Since then many employment lawyers elected to do only tribunal work which, given the drop in claims after the introduction of fees, was a dangerous choice.

I am glad I kept my High Court skills sharp and still privately think of myself as a specialist litigator as much as an employment lawyer.

I am not that old but so much has changed because of technology. We did not have computers on our desks. Everything had to be dictated and forests were destroyed with memos to every member of the firm because there was no internal email.

If you wanted to send something to a client urgently you would fax it, but before doing so call the client to warn them it was coming so they could stand over the machine to preserve confidentiality.

Clients used to ask easier questions such as ‘What is the rate of maternity pay?’ Now everyone Googles it. You also used to get a lot of non-expert colleagues dabbling in employment law. Some employment lawyers did become over-specialised, but the dabblers were really dangerous.