My motivation to pursue a legal career was kickstarted when I saw an advert for an outdoor clerk in a criminal department of a Sheffield law firm. I had served as a police officer, it looked like an interesting role, so I submitted an application.

I entered the legal profession later in my career, first studying for the Institute of Legal Executives alongside full-time work. Fitting studying in around work commitments meant it took me four years to complete the necessary modules. Afterwards, I attended a distance learning course at Nottingham Trent University to achieve my Legal Practice Course qualification. It took nearly eight years in total to qualify. 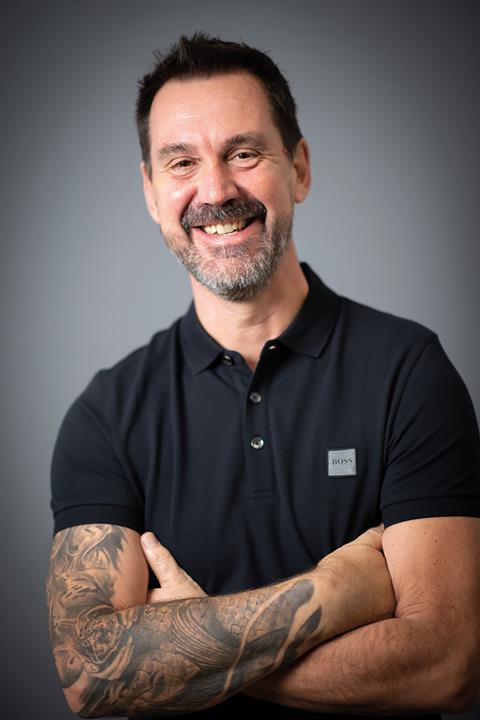 I initially specialised in criminal litigation at Rogers & Howe before moving to Graysons in Sheffield to join a slightly larger and busier criminal department. I was involved in a few cases that made it to the Court of Appeal and one that progressed to the House of Lords and then the European Court of Human Rights. After a while, I became a little jaded with criminal law so I moved into the industrial disease department at Graysons where I worked on industrial deafness and vibration white finger (VWF) claims.

From there, I moved to Cutts Shiers in Chesterfield where I spent around 12 months dealing with RTA litigation. While I didn’t enjoy the caseload, this was my first time in management. I later moved to Ashton Morton Slack in Sheffield, where I spent the next six years, progressing through to equity partner level. My work involved complex mesothelioma cases, and respiratory and dermatitis claims. I also established a department to deal with chronic obstructive pulmonary disease and VWF cases arising out of the mineworkers litigation.

Since establishing SSB in 2007, the team and I have been really clear about setting the right culture because it’s so important to attract and retain great talent. Being focused on keeping that same inclusive culture which embraces innovation has been instrumental to business growth, enabling SSB to become one of Sheffield’s largest employers.

I like complex legal arguments and have a particular fondness for cases that other solicitors have looked at but then not proceeded with. In fact, we have built quite a reputation for dealing with cases that other lawyers cannot or will not handle. We are currently handling thousands of cavity wall insulation cases and entered that area of law at a time when many other firms were struggling to get the right outcomes for their clients.

My litigation experience has been pretty diverse. Probably one of the most unusual and therefore memorable cases was successfully representing a client who had been bitten on the foot by a hippopotamus while on safari in Africa. The whole story really requires a coffee and an hour to talk through but there are a number of things that I learned: hippos aren’t cute, they can swim very quickly and they have big teeth. Also, tour guides don’t always know what they are talking about – as the large scar on my client’s foot was testament to!

Establishing strong ties with local schools and colleges firmly tracks back to my personal experiences. I live in Rotherham and grew up in the heart of a steel-working and coal-mining community. From an early age, I knew I didn’t want to work in industry and the route out of that was the armed forces – my dream was to become a Royal Marine. Unfortunately, my hearing meant I couldn’t pursue a career in the forces.

Back then, I had no idea that I could work in law or about the routes to accessing professional qualifications. I’m proud of my background and feel my hard work and determination helped me to carve out a law career that’s led me where I am now. I feel it’s my role to be an advocate for people from backgrounds like mine to be able to attain roles like mine. I have colleagues who are also advocating clear access to professional qualifications by establishing legal training centres.

Bolstering the future of the legal sector depends on attracting and retaining the next generation of high-calibre talent from a much wider range of backgrounds. That’s why SSB partners with several Yorkshire universities, colleges and schools. We offer apprenticeship programmes, graduate schemes and clear development pathways through our business that support people who may not have had the opportunity to attend university.