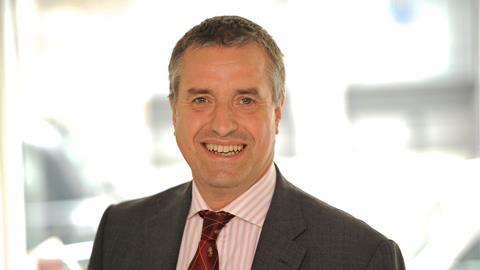 When I was a child my father, who was an agricultural chartered surveyor, would come home inveighing at the incompetence (as he saw it) and slowness (or both) of local solicitors. It occurred even to my childish mind that there was clearly an opportunity for one who was not slow and was hopefully competent. I also have an abiding love of the English language. So add these to a strong sense of fair play and life as a lawyer beckoned. Though standing up to speak in a school debate and entirely forgetting the point I wanted to make was enough to deflect me from the bar to the ranks of solicitors.

As a lawyer, my greatest challenge was to reinvent myself from a jobbing commercial property lawyer to a specialist in leasehold enfranchisement, and through that residential landlord and tenant law. I have never regretted the change.

In my profession, managing my firm through that long recession was probably the biggest challenge I have faced. All this coincided with the births of my two children and, looking back, the early 90s were pretty intense in every way.

I cannot really point to a single career highlight, though twice hearing the Court of Appeal find for my client on a point which I had spotted and driven was gratifying. Professionally, being asked to be senior partner of my firm was a very special honour.

My first thought on hearing of the Adrian Howard Mundy v The Trustees of The Sloane Stanley Estate decision [Stephenson represented Mundy] was, of course, for my client, and indeed those behind the Parthenia valuation model [for calculating the premium on extending leases with less than 20 years left] which has been so comprehensively disapproved. It was not so much the decision itself which surprised me, but rather the vehemence with which the model was criticised both by the Upper Tribunal and by the Court of Appeal, which even implied that leave to appeal should never have been given as the issue was not truly a point of law. The research behind the Parthenia model was sound, based on thousands of transactions before the leasehold reform acts came in, and it was a brave attempt at a scientific method of assessing relativity on the ‘rights excluded’ basis. But once an example of a recent real market transaction had been found which contradicted the Parthenia model, then they were in great difficulty, because valuers and valuation tribunals are bound to give primary weight to recent market evidence.

Leasehold law, and for the past 25 years residential leasehold law, has given me a living, intellectual joy and memorable clients. But there is a cold wind blowing for leaseholds, evidenced by the impending legislation on newbuild ground rents, and there seems to be new impetus towards a fresh form of commonhold. So for residential properties, and in particular newbuilds, I can imagine leasehold tenure being abolished in the next 20 years or so. But that won’t stop varied legal arguments based on leases.