I grew up in a ‘legal’ family – although one that was different compared to most English lawyers, in that I was raised in Glasgow. My dad was a solicitor (he is now a Summary Sheriff) and from a young age I wanted to be part of that world – mainly so I could get a word in edgeways across the dinner table. However, I wanted to forge my own way. So after secondary school I left Scotland for Manchester to begin university and start on the path that would lead me to qualify in English law. 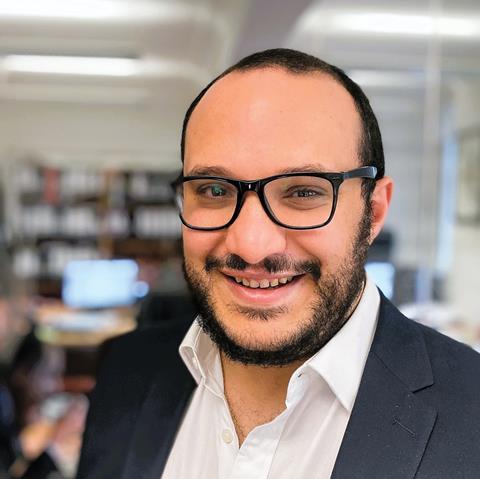 I trained at a small firm that specialised in insolvency work. I found that work to be really interesting, intellectually stimulating and (especially during 2012-2014) very topical. However, I also found it disheartening that so many creditors went unpaid and so, upon qualification, decided to branch out into more general litigation, knowing that my skills and experiences in insolvency would stand me in good stead.

It was at this point, after nine years in Manchester, that I decided to move to London. I was 26 and understood from my training that although there was high-quality work to be found in the regions, now was my chance to give London’s legal world a shot.

Initially I struggled to find my feet. I started in a regional firm with a London office, where I experienced first-hand the internal political struggles that can take place between different offices in bigger firms. This was a culture shock after working for a sole practitioner. I then moved to another small firm in Chingford, which dealt with high-profile sports and media litigation. However, while I had great respect for the work I was doing, I didn’t see myself working in Chingford forever, so when the chance arose to become a government lawyer, I jumped at it.

The culture in government was another change. As somebody who always loved the law first and being a businessman second, it was a relief to have less of a billing culture. While we were always encouraged to provide value to our clients and justify our existence, I felt able to give pragmatic and bespoke advice, without the pressure of having to worry if there was money on account. It was liberating.

However, I didn’t stay in government for long either, as I was presented with an opportunity to do an LLM full-time, and I decided to take it. I honestly believe this is something every junior solicitor should try and do in their careers, should they be lucky enough to be in a position to be able to do so.

I chose to do my LLM in Public International Law at Queen Mary University of London – taking the opportunity to marry two of my passions and interests – law and international relations. Although it was unlikely I would practise in this field, being able to study as a more mature student in a subject I was really interested in was an uplifting experience. I have no doubt that the skills and knowledge I was able to refine during my LLM made me a better lawyer.

I joined Janes Solicitors, a criminal practice in central London, in 2019 as they were looking for a litigator to assist them in cases that had civil elements. I wasn’t to know it at the time, but this move allowed me to find a real niche – contempt of court matters.

Parties who wish to make a claim for contempt or who have a claim brought against them, are sometimes at a loss to know where to turn. The cases tend to be in the civil courts, so require a civil litigator who is familiar with the CPR, but are often described as ‘quasi-criminal’, due to the nature of the proceedings and because a defendant’s liberty is at stake. Indeed, non-means tested criminal legal aid is available for that reason.

When I joined Janes, they had already been fielding calls from prospective clients who thought that they needed a criminal solicitor for their contempt case. I was able to pick up these cases and use my civil experience and knowledge of the CPR, while also utilising Janes’ criminal legal aid contract to assist on a legal aid basis where appropriate.

The first case I worked on in this field (Andreewitch v Moutreuil [2020] EWCA Civ 382) stands out. It ended up being a leading case, clarifying that a defendant in contempt proceedings must be warned as to their right to silence.