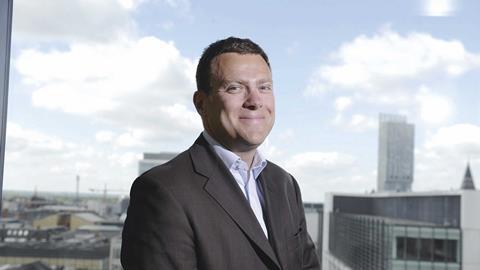 As a young lad in Hull, I wanted to follow in my father’s footsteps and be a doctor. Unfortunately I enjoyed rugby and socialising a bit too much and managed to flunk all my mock A-levels. My school wouldn’t let me apply to do medicine.

I did a management sciences course at the University of Manchester Institute of Science and Technology. It was brilliant because it covered so many different aspects of business, including accountancy and law. I liked the law options so stayed on and completed the law conversion course for two years.

I didn’t do any sports work in the first year of my training contract at Manchester firm George Davies [which merged with Mills & Reeve in 2013]. But then I moved into a commercial seat where I worked with a partner acting for the Professional Footballers Association. We worked on lots of contract negotiations, commercial agreements and the like for players and the union. My last seat was in dispute resolution and, again, there was a lot of work for footballers suing agents, getting into regulatory difficulties or getting into disputes with their club. I qualified back into that commercial seat in 1993.

We have a whole stable of current and past players for whom we have acted. I’ve always been careful not to be an agent. Many players rely on their agents for non-legal issues. All players are members of the PFA. If they have issues they often turn to the PFA for help. If there’s a legal problem behind it, then my firm gets brought in. You get to know the player, who may then ring you to say they have a will that needs doing, or they’re moving house. You end up doing work that’s not necessarily regulatory – just work they need doing as a normal individual. But these days I’m doing specific football regulatory work in the main.

In 2002 I was nominated by FIFPro to be an arbitrator at the Court of Arbitration for Sport. It is the highest court in sport and deals with all sorts of international disputes – doping cases, commercial contracts, financial fair play, the outcome of the Tour de France. I’m privileged to be writing a lot of the awards and decisions that are influencing the legal landscape in sport.

I’ve been selected by the Court of Arbitration for Sport to go to the Olympics in Rio. The CAS selects 12 arbitrators from around the world to join its ad hoc committee, ready to hear any disputes during the games within 24 hours. We’re bracing ourselves for a busy time, with potentially dozens of Russian athletes coming to prove they are clean and should be allowed to compete.

Many people ask me ‘what is sports law?’. Many say there isn’t really such a thing as sports law – it’s just a law that’s been applied to a sector that’s a group of sports people or sports bodies. If anything, it’s probably contract law more than anything. However, as sport has become big business, we’re seeing more sport-specific regulation and legislation. It is a fascinating place to work.