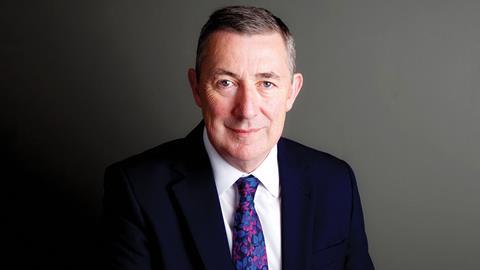 My approach to a career in the law has stayed with me since my grammar school days in Liverpool. I was educated by the Irish Christian Brothers, who instilled in their pupils both a duty to serve others and the importance of using one’s abilities to make a contribution to society. These principles have served me well.

I completed a degree in economics, law and industrial relations at Cardiff University in the 1970s, when such themes were topical. However, my legal direction was really shaped at Goldberg Blackburn (now Pannone), the firm at which I did my articles and qualified in 1981.

I vividly recall my first day as an articled clerk. It felt as if I was almost walking on air as I made my way to my office (yes, in those days even clerks had their own offices).

Training was ‘light touch’ with lots of responsibility. I was lucky to have many inspirational people around me, including Rodger Pannone, Michael Blackburn, Peter Lakin and Elliott Knopf who were all subsequently appointed as circuit judges. I was also surrounded by talented and ambitious younger colleagues who went on to make their own mark on Manchester’s legal industry.

During my first 12 months as a lawyer, I worked as an assistant solicitor at Goldberg Blackburn specialising in criminal litigation. A year later I was invited to join a smaller firm – Flint & Holmes – which had just lost the head of its criminal department. Soon afterwards, having fought to preserve and build its criminal practice, I became an equity partner.

My switch to handling family law work was quite accidental. Occasionally, I had clients whose children were taken into local authority care and so began to take an interest in such matters.

Within what seemed a short space of time my children practice grew so large that I handed over most of my criminal work to a new partner. The pleasure of working with many committed and capable individuals in other professions – social workers, doctors, psychologists and fellow lawyers – has ensured that I have never regretted the switch.

Making a contribution to the training, nurturing and development of many superb colleagues is a distinct career highlight. Equally, the ability to make a positive impact on the lives of clients is something which I look back on with immense pride.

It came as a great honour to be elected president of Manchester Law Society in 2017. Given that one is only in post for 12 months, it is important to be a safe pair of hands, first and foremost. Nevertheless, I had other objectives, including having the in-house legal community and the large national or global firms and barristers’ chambers engage with the society (both of which proved successful exercises).

I was also keen to improve access to the legal profession for young people from less privileged backgrounds. I believe passionately in ensuring everyone has a chance to shine. In an era when we are constantly reminded of waste and scarcity of resources, it is a waste of human resources not to give capable young people from less privileged backgrounds the opportunity to reach their full potential.

This was one reason why I was so keen to accept the invitation to join Hall Brown. As well as feeling that I could help develop its growing volume of children’s work, I recognised that it is a progressive firm which has rightly won plaudits for its campaign to preserve the work of the Family Drug and Alcohol Court National Unit; and becoming the first legal practice to support a social mobility initiative enabling students from underprivileged backgrounds across Greater Manchester to receive a university education.

During my career I’ve taken great pleasure in seeing how Manchester’s legal profession has evolved. An area with a strong, home-grown industry has seen local names become nationwide operations, while some of the profession’s global brands have set up their own offices in the north-west.

Firms might have grown larger and acquired a distinct corporate feel, but beneath the gloss there is still the same northern soul and spirit of hard work and pragmatism. I’d like to think that my former Christian Brothers teachers would be pleased.