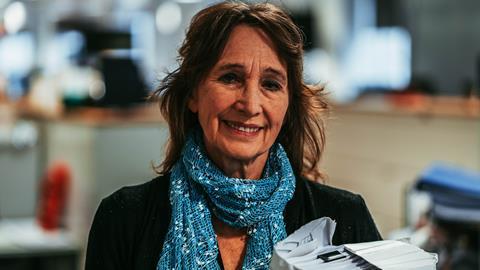 My father was a personnel manager at the Co-op and said law would be a good grounding for all sorts of jobs. He was politically inclined and very left-wing. He left school at 14 to look after his family when his father died so didn’t benefit from further education. He would have loved to be a lawyer. My daughter Amy also has a passion for law (she is a partner at Pannone Corporate). Female corporate lawyers were almost unheard of when I started my career.

After studying law at Manchester University I was twice turned down by a large firm that specialised in trade union law. I later learned this was because I was a woman. I served my articles in Manchester but was unemployed for nearly a year before the Manchester partners of Thompsons (the firm that turned me down) asked if I was still interested. Thereafter the firm employed a lot of women, with many going on to become partner (I was their first female partner).

My father’s experience of negotiating with trade unions influenced my interest in trade union law. Doing criminal work and awful divorce cases made me realise I didn’t want to do either of them. Thompsons only did accident and disease cases and one of the partners lived in Hebden Bridge where there was a virtual epidemic of asbestos claims.

Dealing with clients who have cancer or are clearly in physical pain is particularly hard. I will never forget the young man who swallowed caustic fluid from a lemonade bottle. His vomit brought the paint off the ambulance floor and he was left unable to ever eat again. His first solicitors had been unable to find insurance to cover the claim and he was almost suicidal by the time we met. We eventually found insurers and secured compensation for him. He said I had saved his life.

It can be difficult to know how to respond to things said by people with limited life expectancy. I remember one lovely client who always prided himself on his appearance saying ‘I’ll have the best head of hair in the cemetery’, and widows who didn’t know how to deal with financial matters because they had never had a bank account. I had a phone call from a wife who had just come home to find her husband, who had mesothelioma, had put a plastic bag over his head to end the pain. They bring tears to your eyes.

The legal challenges are also enormous. Disease cases relate to events from many years ago and often with several employers, some of which have ceased to trade. If we cannot identify insurers, there is no paymaster so people with serious illnesses may not get compensation.

Juggling work and motherhood was not easy but I didn’t let having children (Amy, Edward and Andrew) affect my career. I was in hospital with high blood pressure for a month before having Amy and they had to put me in a private room because I was disturbing other patients on the ward by working.

I was back in the office after three weeks of having each child and brought all of them into work for the first four months so I could breastfeed them. They were known as the babies in the filing cabinet drawer! My children also came to court with me. Barristers recall having to hold them while I went off to interview a witness.

I didn’t ask if I could bring my babies to work, I just did it and no one complained. The firm got their full-time work out of me and I was able to continue to look after them. I would have been bored to death at home; it’s just the way I am. As they got older I started work at 3am, meaning I was there in the mornings, at night and at weekends but also always working.

The ‘welder’s lung’ case was a memorable career highlight. The trial ran for four weeks, with Janet Smith QC leading for the claimants. After winning, Janet and I were the first women to be invited to address the GMB annual conference about the success.

When it comes to helping women in law, the legal profession is clearly much better than it was because there are far more women practising. Remote working obviously assists so technology makes more home-working possible. Working from home can be isolating but unless creches can be organised in the office I am not sure how you get over that.

I have huge respect for Dame Janet Smith. I always instructed her when she was a junior barrister and later a QC. She was also juggling her career with three children.